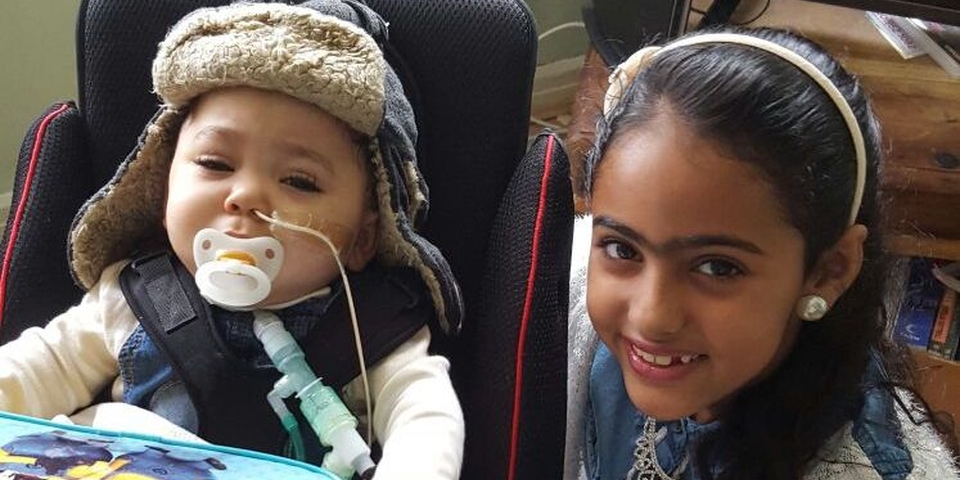 Request: Birthday Presents / Birthday Cards / A Birthday Party / A Gardener or donations towards one

This week, 52 Lives would like organise a special birthday surprise for a little girl who has shown such bravery and selflessness in the face of tragedy.

Miriam is turning 9 in February. She has spent the last two birthdays at the hospital, as her baby brother, Abyan, was very poorly. Abyan had a rare genetic condition that meant he was in and out of hospital. He had two major heart operations, and when he was able to be at home he had to be on a portable ventilator.

This meant Miriam has spent much of her time travelling to and from the hospital with her parents. She also lived in Ronald McDonald house for a period of time, so rarely had a birthday or Christmas at home.

Miriam parents had to give up work to care for Abyan, which meant they haven’t been able to give Miriam some of the things they would have liked to. Despite all of this, Miriam doted on her little brother and never once complained about how his illness affected her. She even gave up her bedroom and moved into the smaller one, so Abyan would have more room for his medical equipment.

A family friend contacted 52 Lives to see if we could give Miriam a birthday to remember this year. She has sacrificed a lot in her 9 years, and has been through more than anyone her age should have to deal with.

With your help, we want to make this birthday a very special one for her and make sure she realises just what an incredible little girl she is.

This is what we did for Miriam....

A SURPRISE PARTY!
We helped to throw Miriam a birthday party at Just Play soft play centre, with all of her classmates there to surprise her. This party was largely made possible thanks to the kindness of a man called Steven Ferguson, who donated the money to hire the venue – a complete stranger who just wanted Miriam to have a good birthday. And a very big thank you to Dan and the team at Just Play, who threw her an amazing party and kindly donated all of the party food for Miriam and her friends. Thanks also to Dawn Hampshire and Emma Fox for donating decorations. And to Shelleys Scrumptious Cakes for donating such a gorgeous cake for her. It was beautiful!

A NEW BED
We helped to buy Miriam the new bed that she had been wanting for long time. A very big thankyou to Weston Green School for helping to make this happen. And thankyou to everyone who sent IKEA vouchers - Lisa and Steph, Lesley Emery, Lorna Goodyear, Lisa Harris, Rebecca, Lisa Thomas and all the anonymous donors.

DOZENS AND DOZENS OF BIRTHDAY PRESENTS
Miriam’s mum filled an Amazon wishlist with things she knew Miriam would love. So Miriam was absolutely showered with gifts on her birthday. Thankyou so much to Jacquie Drewitt, Harinder and everyone who bought a gift. I don’t have all of your names, but you absolutely made Miriam’s day.

BIRTHDAY CARDS
We received so many cards for Miriam from children, families, school groups, Cub Scouts, Girl Guides, and people all over the world. Our mailbox was filled to the brim every single day! I’m sure the sheer quantity of cards in itself would have been enough to help Miriam feel special, but your beautiful, heartfelt messages made that a certainty. Thankyou to Weston Green School, the 7/8th Cambridgeshire FSE Cub Scouts, the 1st Bottisham Guides and every single person who took the time to send a card.

£520 IN DONATIONS FOR A GARDEN MAKEOVER
The family needed some help tidying up their garden for Miriam to play in, and they also wanted create a special memorial area for Abyan. This money goes a long way to making it happen.

Thank you everyone, you're amazing! 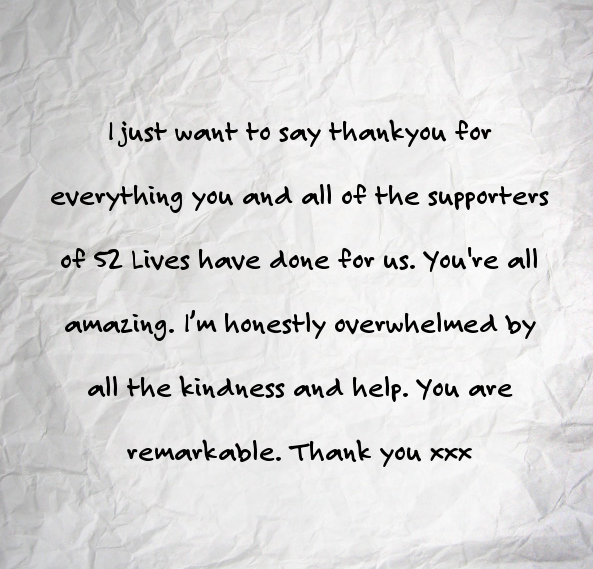