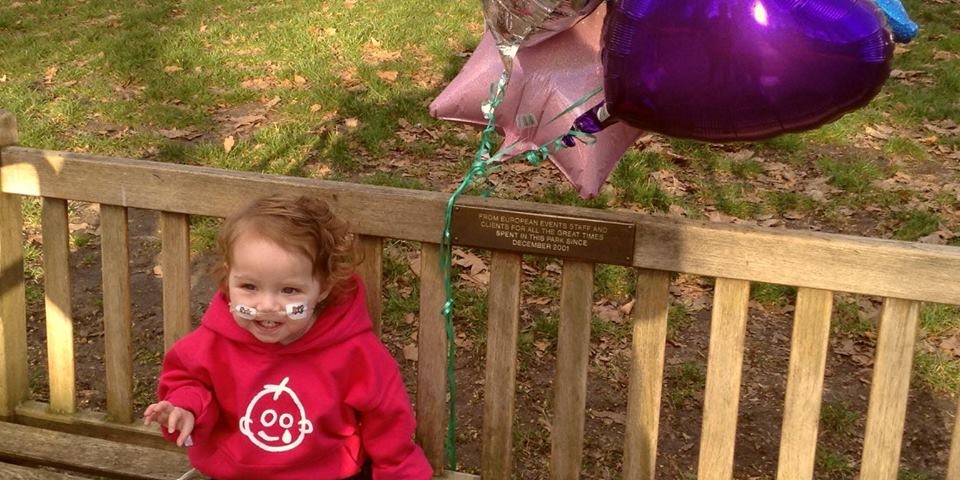 This week, 52 Lives would like to help a little girl called Sienna, and her incredible mum. (Her mum would rather not be named so forgive me for calling her Sienna’s mum a lot!)

Sienna and her mum live in West London, but their home for the past two years has been a hospital room. I went to visit them yesterday and what I discovered was heartbreaking.

Sienna was born with congenital diapghramatic hernia, which means her diaphragm didn't form properly. This can result in internal organs moving into the chest cavity, and is it often fatal birth defect. Her mum was told that there was very little chance that Sienna would survive - but she did.

From the moment she was born, Sienna has battled constant illness and has spent nearly her whole life in hospital. She has had more than 10 general anaesthetics, and is continually fighting off infections. Feeding has also become a serious issue. She is fed via total parenteral nutrition (TPN), where artificial food is put through blood stream in a central line. TPN is used for intestinal failure when oral feeding and tube feeding don’t work. It is necessary but risks liver failure and septecemia - which Sienna has had 3 times.

I visited Sienna and her mum during one of their very rare days at home. I arrived at their front door just as they did. I watched Sienna’s mum push open the door, with bills and letters piled up on the other side – it was the first time they had been home for three months.

The house was very cold when we arrived, and Sienna’s mum told me they have to make sure they keep the heating on 24 hours a day when Sienna is there as she can’t maintain her temperature. One month can cost them up to £180 in utility bills. Sienna has a specially adapted bed, IV lines and fridge for medication in her bedroom.

Despite her illness, Sienna is such a gorgeous, happy toddler. At first glance, it wouldn’t be obvious how much she is going through – but look a little closer and you will see the tubes poking out from under her clothes, and realise just how brave this little girl is.

When I asked what would be of most help to them, Sienna’s mum told me all about her dreams for Sienna. She doesn’t know how long they may have together, but said she has always imagined doing all of the normal things with her. … taking her on days out, watching her first ballet lesson, and celebrating Christmas and birthdays. Sienna’s birthday is January 2nd and she has never had a proper birthday party before.

Sienna’s mum has been saving and planning and is hoping this year she will be well enough to be out of hospital.

While we were chatting, she also mentioned something, very casually, that broke my heart. We were talking about the high cost of hospital food, and she mentioned that she goes to the nearby supermarket for a sandwich and eats just once a day to try to save money. She said every penny she can save is more that she can put towards things for Sienna. I couldn’t believe what I was hearing.

The amazing and selfless woman is not eating so she can make her daughter’s life a little bit better.

Because Sienna spends most of her time in hospital, they aren’t entitled to the level of benefits that they would be if Sienna was at home. Things like food, clothing (Sienna’s condition, difficulty feeding, and all the tubes, means clothing gets ruined quite quickly), and heating bills take their toll on their finances.

They have looked into getting help from other charities, but failed to meet the criteria each time. Sienna is too young to have a ‘wish’ granted, and the others she has tried were specifically for children with cancer. Well, 52 Lives has no such criteria, and we would love to make their life a little bit easier, and help Sienna have an amazing 2nd birthday.

Thanks to all of of our wonderful supporters, this is what we were able to do for Sienna.

1. A PARTY !
Sienna had a beautiful 2nd birthday party with all of her friends and family. Thanks to Charley and Cosparty UK for generously providing the entertainment and the Harakis Family for the lovely decorations. And to all of the other lovely companies who offered their services.

2. £600 IN GIFT CARDS for food and groceries – This has been a huge help to the family, and has meant Sienna’s mum can afford to buy the necessities that they were struggling with before.

3. TICKETS FOR DISNEY ON ICE – This has been a dream come true. Sienna had such a magical time. And it was made possible thanks to the generosity of Bridget Warren, who bought the tickets and arranged the day for them.

4. BALLET TICKETS for My First Ballet by the English National Ballet, thanks to a lovely lady called Gill.

5. SEALIFE TICKETS - thanks to the very kind Kevin Packham-Boyns

6. HANDMADE CLOTHING AND ACCESSORIES - Sienna received a beautiful handmade cape, thanks to Sarah Harris and her store Little Stitch and Me and gorgeous hairbows from Hayley Malcolm at Strawberry Bows

Thankyou so much everyone. You all helped to give a very ill little girl so much joy, and made her mum’s life a little bit easier. 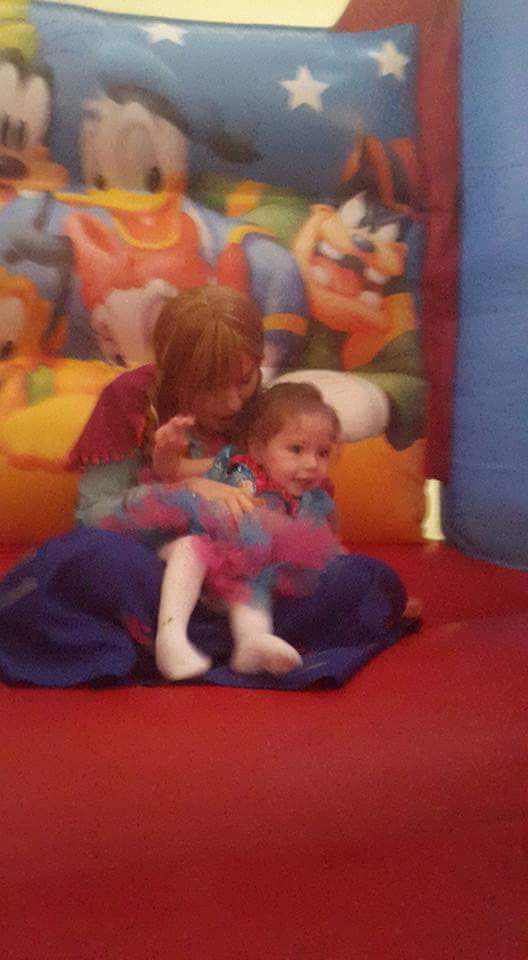 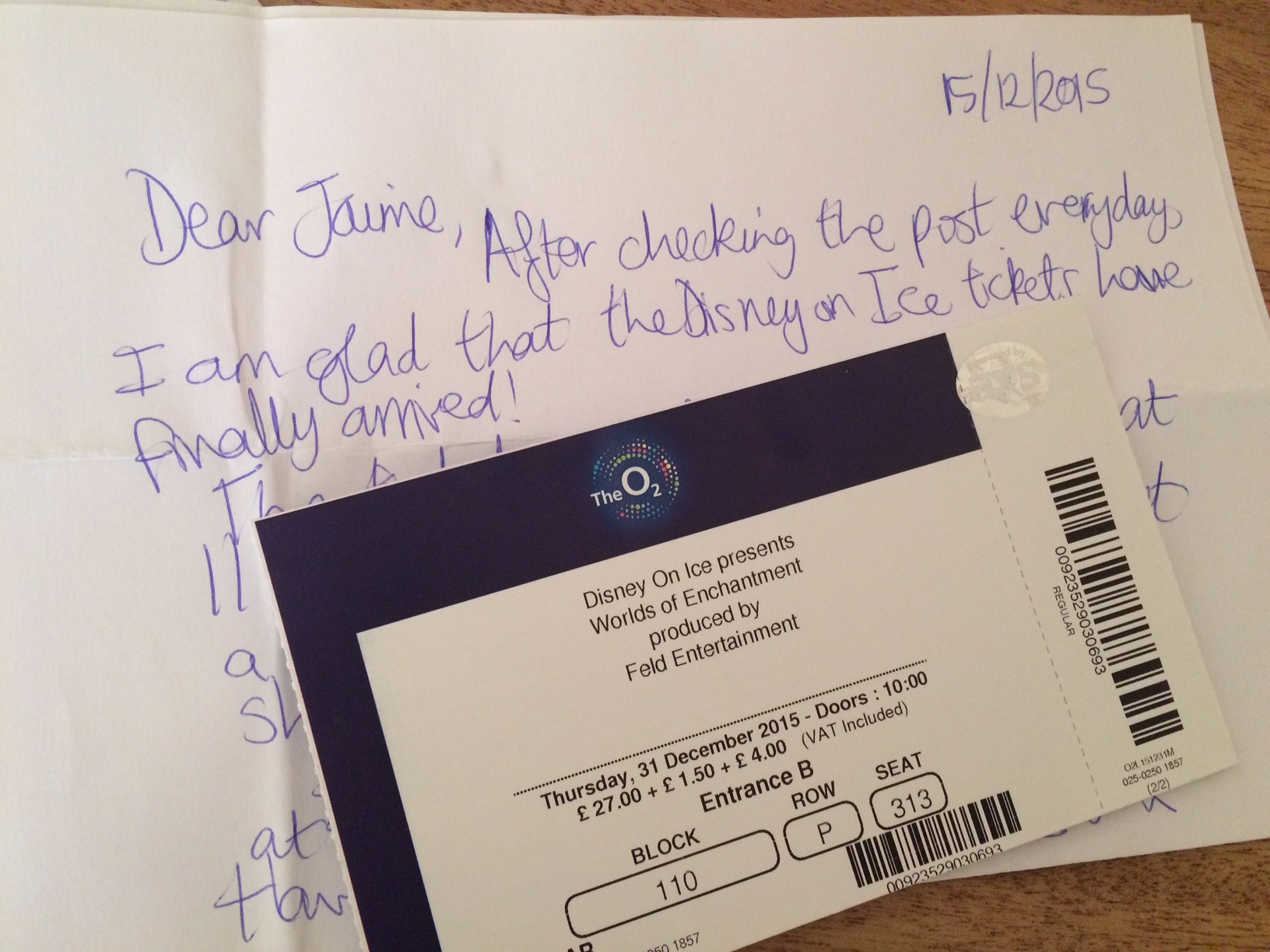 “We cannot thank 52 lives enough for helping us celebrate her birthday and for all of the gifts and tickets and gift vouchers.
It means more than anyone will ever understand.
Sienna had a wonderful few weeks before she was readmitted for another infection.
I hope one day I can contribute to another family"