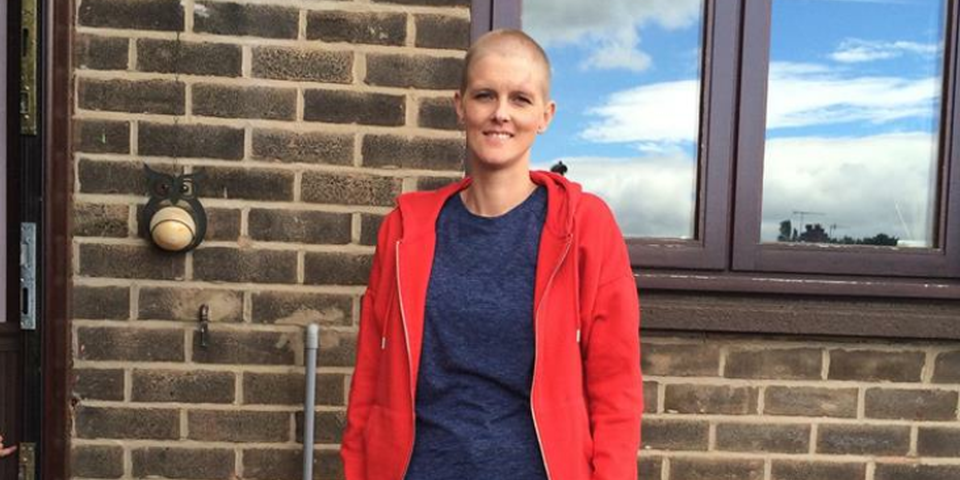 Request: A new cooker and a new single bed (or donations towards them)

This week, 52 Lives would like to help change the life of Lindzi, a 32 year old nurse from Barnsley, Yorkshire in the UK.

She was nominated by her sister, Lauren, who wants to surprise her with a few special things to lift her spirits.

Lindzi works as a community staff nurse for the NHS, and is a single mum to two daughters, Taya (aged 4) and Cobie (aged 13).

She and her partner separated earlier this year, and a few months later she was sadly diagnosed with breast cancer. She has since had to undergo a double mastectomy and is now in the middle of a course of 6 sessions of chemotherapy,

Lindzi’s friends and family have been a great support to her – they’re helping to care for her, the children and the house. But in the very near future, Lindzi is going to be finding it a bit tough financially.

She is receiving full pay until the end of August, then will receive half pay for a couple of months, and from December she won't be entitled to any more sick pay. She is hoping to be well enough to go back to work by then, but if not she will be reliant on benefits, so money will be tighter for her.

On top of everything else, Lindzi is just about to move into a new house. There are a few things Lindzi has been saving up for ahead of the move - a new cooker (the one in the new house is very old)  and a new single bed for her daughter.

Lindzi has been through so much this year and we would love to be able to surprise her by buying these two things for her.

(Lindzi started a blog when she found out she was ill to try to help others going through the same thing – you can find out a bit more about her story here  www.bastardbigc.co.uk) 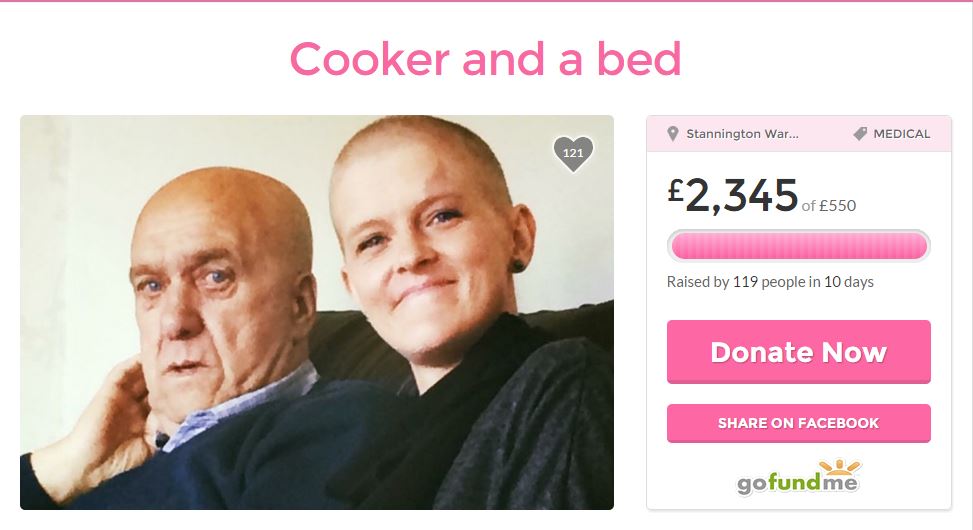 We raised £2345! One of the things I love about 52 Lives supporters is that you don't seem to stop once the target is reached! You carry on giving to change that person's life even more. Lindzi is blown away by everything we have done for her. She only found out about the fundraising campaign after it had been launched and was in tears when she saw the kindness and generosity being shown by complete strangers.She is going to post photos of everything she buys with the money on her blog (www.bastardbigc.co.uk) when she moves later this month. 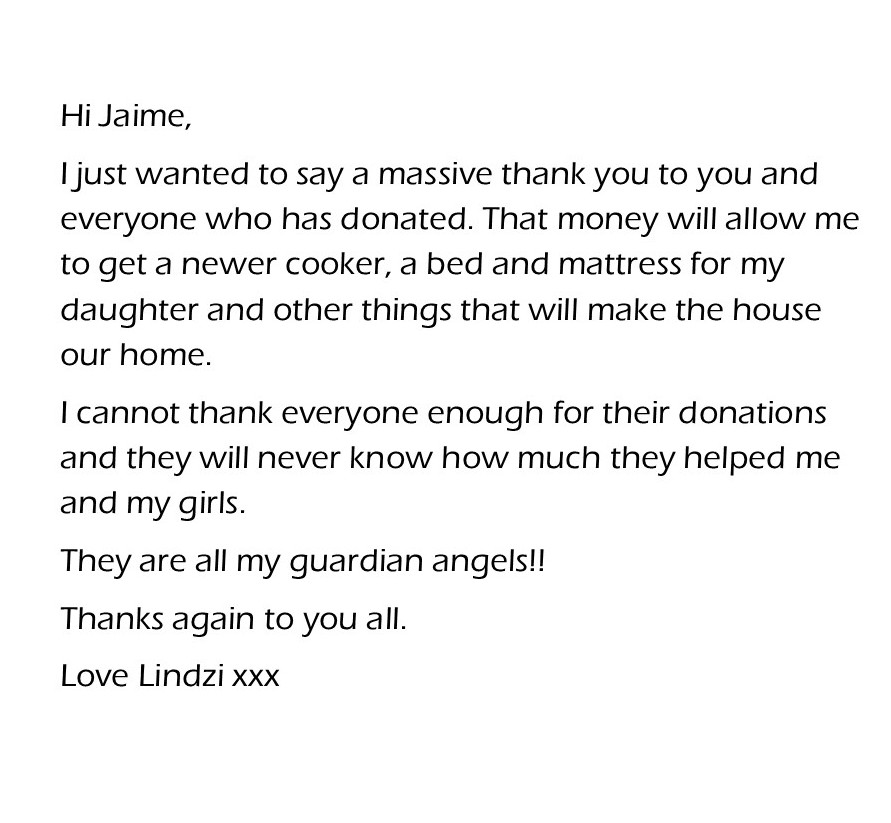