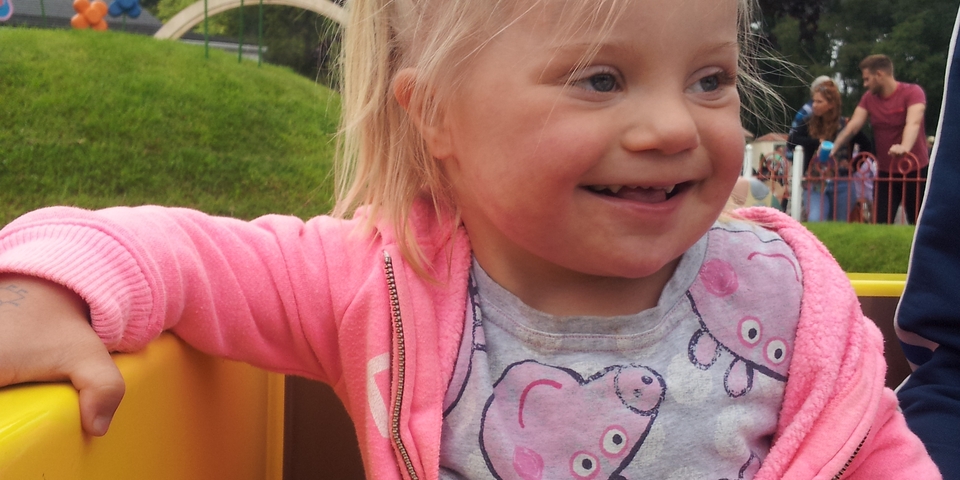 This week, 52 Lives is trying to help a little girl called Sophie, from Farnborough, UK. I heard about Sophie from someone who works a children's hospice she sometimes visits.

Sophie's parents, Steve and Ellen, knew from their 12 week scan that life was going to be a bit more challenging for their daughter. Sophie was born with Complete Unbalanced AVSD, a complex heart condition. Alongside this, Sophie has Down Syndrome. The two combined means that any treatment Sophie received is palliative. So her team of doctors don't like to interfere with surgery unless absolutely necessary.

Sadly, it has become necessary. Her oxygen levels have begun to reduce dramatically and the valve that has been repaired once already needs repairing again. So on July 29th, just days before her 4th birthday, Sophie will be undergoing her second major heart operation.

Steve and Ellen are obviously very anxious but trying to do everything they can to make life as normal and fun as possible for Sophie, her big sister and her little brother. It isn't easy.

But despite everything they are dealing with, Ellen declined our help when I first offered it to her. She said she felt guilty, as there must be people in more desperate circumstances than them. As we spoke a little more, I learned that one of the challenges they will face after Sophie's operation is being able to go outside with the three children.

Sophie will be very limited in what she can do for a while, so playing in the garden will be the most the family will be able to manage. But their garden and patio are very uneven and not very safe for Sophie, who will be quite unbalanced, or her two year old brother, who is still just toddling. They have been wanting to repair it for a while, but haven't been able to afford to do it.

We want to make it possible for them.

We were hoping to raise £1500 to help Sophie and her family. But thanks to a sudden influx of support we raised over £5000 in just a couple of days!

The family has asked me to close the page to donations early - they are overwhelmed by how much support has been shown and are so grateful to everyone who donated or shared their story.

As so much money has been raised, they are planning to donate the funds they don't need to buy new garden toys and equipment for Christopher's hospice, part of the Shooting Star Chase Children's Hospices, so now even more children will be able to be helped.

Thanks so much for your help everyone. You've given Sophie and her siblings the chance to spend some time outside and have some fun while she recovers. 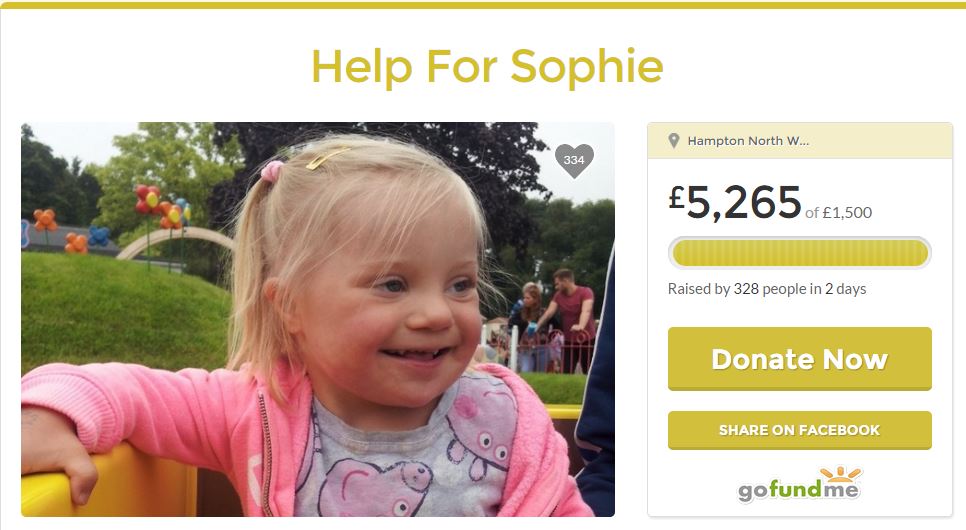