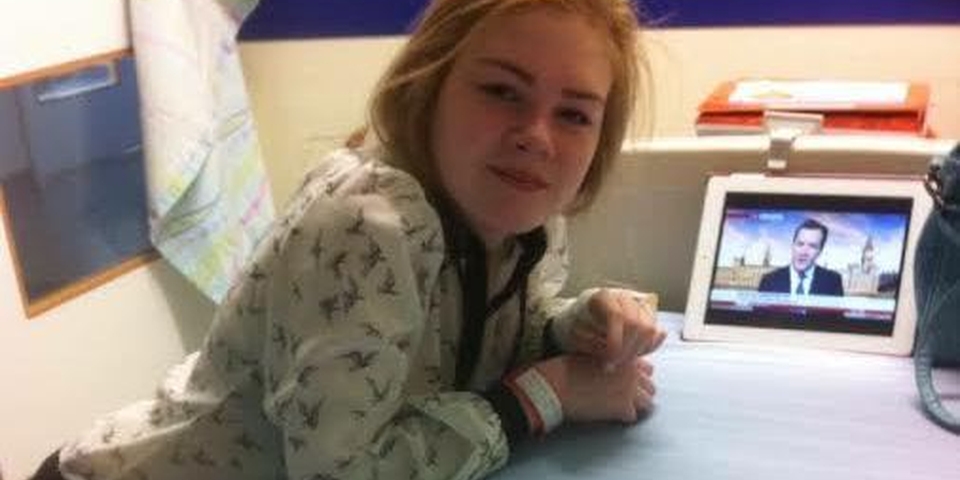 Jess was diagnosed with Cystic Fibrosis when she was a baby. She has had to have regular physio, medication and hospital admissions throughout her life, but never let it get to her. It was just part of life.

Then, in 2011, Jess’ mum found her unconscious in her bedroom. Jess was rushed to hospital, sedated, ventilated and taken for CT scan. It was there that she has a reaction to the contrast and went into shock. An oncology doctor was called in and tests confirmed that Jess had leukaemia.

When Jess woke up she couldn't feel her left side and she was different - mentally younger. They then discovered she had also had a mini stroke.

Jess immediately started treatment for the leukaemia, and also underwent intense physiotherapy to combat the effects of the stroke. Through courage and amazing determination, Jess learned to walk again.

Once her leukaemia was under control, Jess was allowed home on oral chemo and will continue that for as long as it continues working.

Jess was hit with these illnesses just as she came into her teenage years. She missed out on so much, and her mum says Jess still struggles to see a future for herself. She is in desperate need of some hope. Which is where we all come in.

Jess will be turning 18 on July 18th, and her mum, Clair, is planning a birthday party for her. Jess wanted to have a 1950s themed afternoon tea party with some of her friends. Money is very tight for Clair, so she can’t give Jess the beautiful venue she had been dreaming of, but she is trying to create a lovely party for her at home in their garden.

“Knowing I couldn't give Jess the 18th party she dreamed of hurts. She deserves so much. I just want to see her smile and be happy and forget for one day that she has cancer and cystic fibrosis.”

We want to help Clair throw Jess an amazing party.

Thankyou so much everyone. You helped to give Jess such a boost when she needed it most 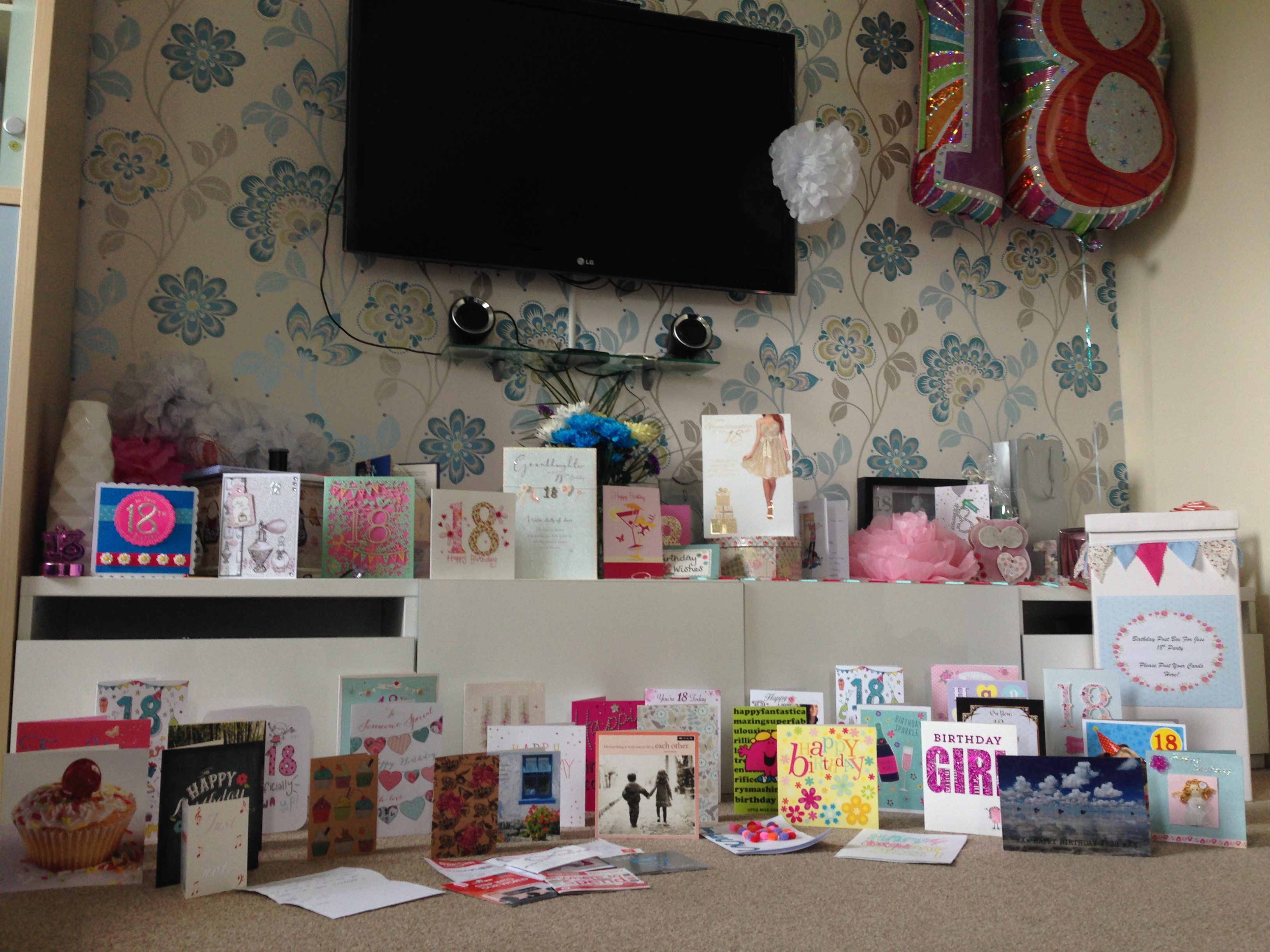 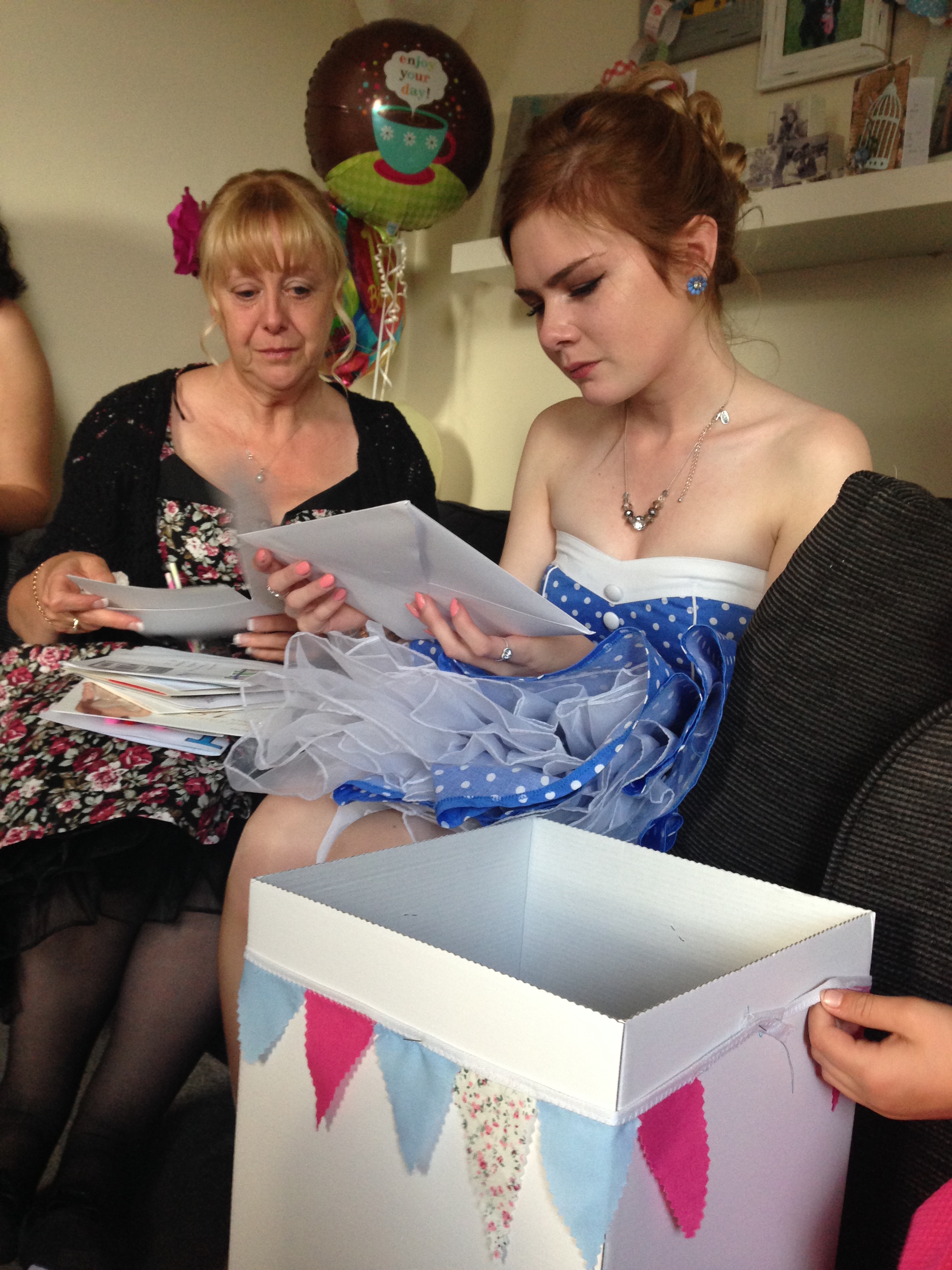 A note from Jess

I would like to say a massive thank you to 52 Lives and everyone who helped my mom in making my 18th birthday the most memorable and amazing few days that I could have wished for. I have had such an amazing time, sharing it with my family and friends, it will surely be a birthday I will never ever forget.

I would like to say a massive thank you to Jaime, who made all of this possible. A massive thank you to Richard for the friday afternoon tea party and photo shoot, I felt so special and it truly one of the best experiences I have ever experienced. Also I would like to thank everyone who sent donations and cards, I was extremely overwhelmed by the number of cards that I received and as you can see in the pictures, some of the cards brought me to tears because of how lovely they were.

I would like to say also a massive thank you to Greig Trout (101 Things To Do When You Survive), I have never met this man but from his card he has brought me hope. Hope was something that i struggled to find in the past, this was before I read my card off Greig. He has now given me hope that I can have a future and there is more to life than now. I have always wanted to travel the world but I gave up on the idea, thinking I was too ill to do that. Greig's card did not only give me hope but gave me motivation to make myself better so I can travel the world and do all the amazing things that he has done. he is truly my inspiration and his card will be going in a beautiful frame so that everyday I can read it and realise that there is more to life than now but that I have a future and I will have a brilliant future ahead. I will also be writing my 101 things to do very soon, I already have things in my head that are going on that list, and I'm going to start saving so i can go on all my wonderful adventures, so thank you so much Greig!

Last but not least I would like to say thank you to my beautiful mom, I love you so much. You have been there for me through thick and thin, you have never left my side. Mom, you are my inspiration for staying so strong through everything we have been through, you are the most amazing person and I could not thank you enough. You truly are the best mom in the world. This weekend has been the best weekend of my whole life and it has been a ball. Living with these conditions is hard, Some people would give up but because of you and the support off family I make it through. I love you all so much, more than you will ever know. I cannot wait for all the travelling that we will be doing in the future, more memories to cherish. So thank you mom for everything you do for me and all the love you give, your love alone makes me the most happiest girl in the world. I love you. So I would like to say another massive thank you to everyone who made this happen, your all such lovely and brilliant people, who will always have a place in my heart for everything you have done so thank you all so so so such!