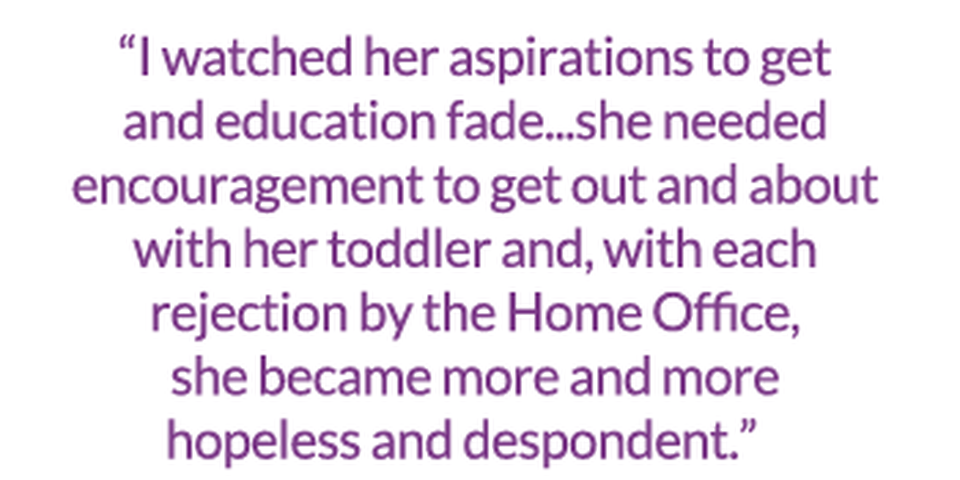 This week, 52 Lives is helping to change the life of Alice, a teenage mother living in London.

Alice was brought to the UK illegally when she was a child. She was born in Portugal, but her nationality was from a small island off the coast of Africa.

She came to the attention of the authorities as being an illegal immigrant when she was 17, and she has spent the past two years trying to sort out a Visa so she can stay in the UK, rather than be returned to a country she has never even been to before.

Due to her status, there has been very little support available to Alice. Incredibly, she has managed to complete a college course and was hoping to go on to University. But, two years ago she found out she was pregnant, so her plans were put on hold.

Alice was rejected by the baby's father, and became depressed, anxious and incredibly stressed about all the uncertainty she was facing. She had nothing and was living in constant fear of being deported from the only home she had ever known.

She applied to the Home Office for a Visa before she turned 18 but was unsuccessful as she couldn’t afford a passport photo or the fees. She has made three further applications since becoming an adult and has thankfully just been granted Leave to Remain.

Alice and her child (who is 18 months old now) are living in a cramped bed and breakfast with a shared kitchen. She receives £35 pounds a week in support. After buying basic necessities for her and her child, there is absolutely nothing left.

I heard about Alice from one of the health professionals helping her. She said: “I have been touched by Alice’s dignity over the past three years. As a young person, she felt unable to see her friends and they did not know her situation. Occasionally, I was able to give her a voucher for £10 to help, and she would buy a book, which she felt was a luxury.”

Speaking of Alice’s depression, she said: “Alice spent a lot of time trying to sleep through the day as she felt she was in limbo. I watched her aspirations to get an education fade. She needed encouragement to get out and about with her toddler and, with each rejection by the Home Office of her application, she became more and more hopeless and despondent.”

Now that her Visa has been granted, Alice is feeling a sense of hope again and she is still aiming to go to University in the future. The first step is moving into her own accommodation and creating safe, permanent home for her and her child – something she has been wanting to do for such a long time.

What would most help Alice right now is financial help. She isn’t receiving the benefits available to her yet, as it is all still being processed, and most weeks she can’t even afford a bus fare.

Alice has been through a lot in her 19 years, with very little help. She is still so young, with so much ahead of her. I think a bit of unexpected kindness is just what she needs to give her a fresh start.

I wasn’t sure what we would be able to do for Alice – but once again was absolutely overwhelmed by how kind you all are!

This is what I received for Alice…

2. An Oyster card with £50 credit, so Alice no longer has to choose between travel and food – thanks also to Richard

Alice and her child are in such a desperate situation, and your help has made a huge difference to them, and given Alice some hope for the future.

I've just had some lovely news. Alice (Life # 57) has made the decision to try to go to college this September. She is hoping to do a tailoring course - made possible by Richard, who bought her a new sewing machine, and all of you, who gave her hope. She has submitted her application and is just waiting for her interview. A big thank you to Jacqui from Teddington, who volunteered to help Alice with some goal-setting sessions, which helped so much. 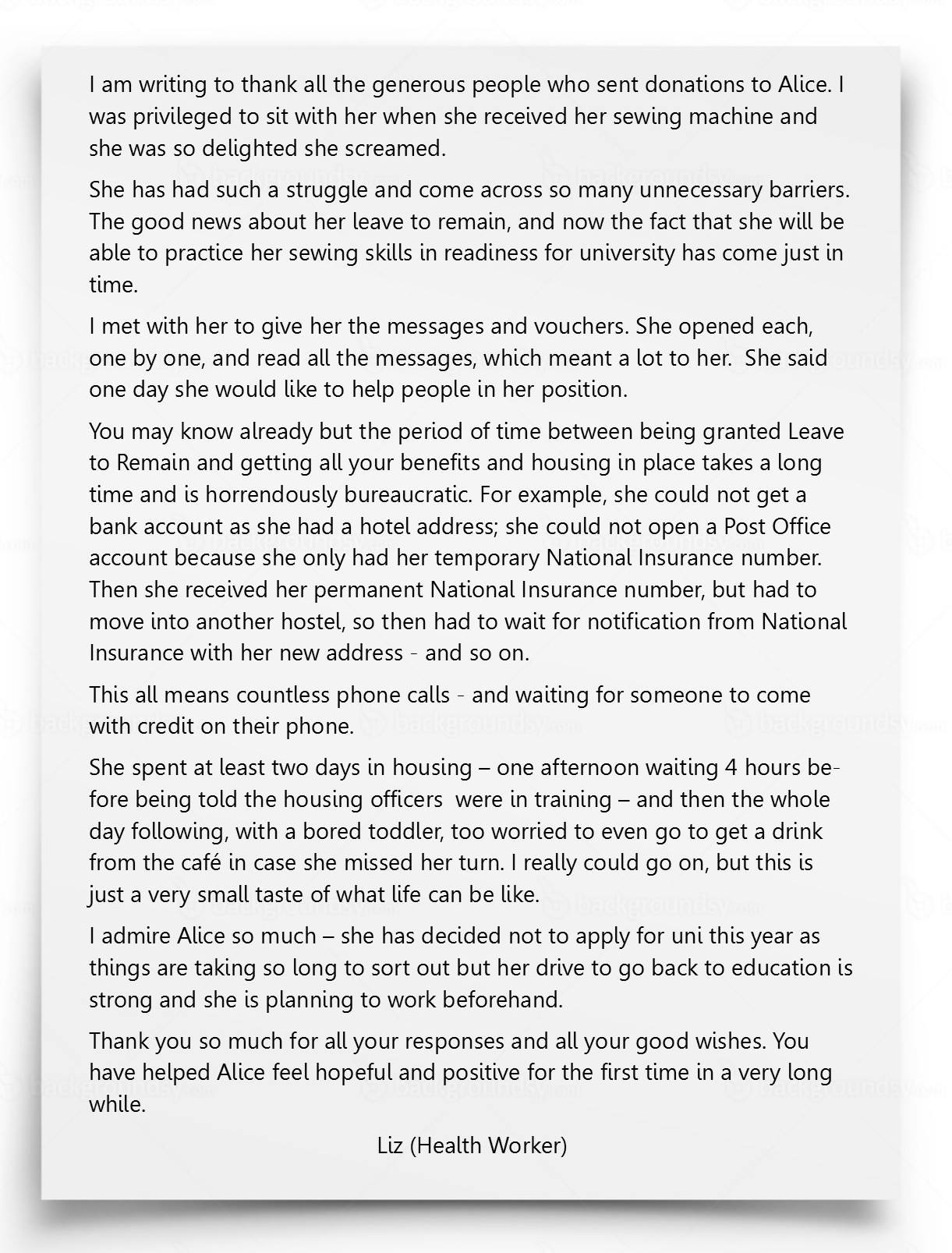