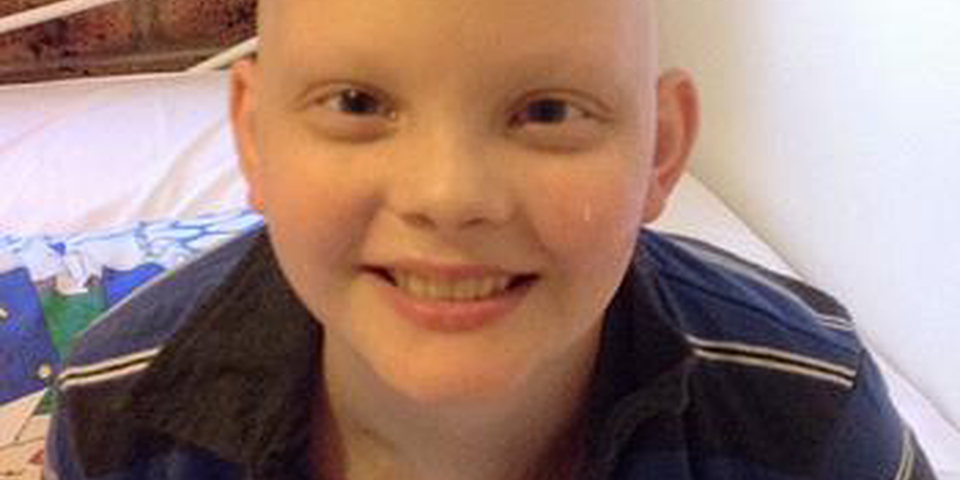 Request: Food / fuel gift cards , and a Lambskin to make him more comfortable in his bed and wheelchair.

This week, 52 Lives is trying to help a 13 year old boy called Mitchell, from Gladstone Australia.

Three years ago, at age 9, Mitchell was given the devastating news that he had cancer. Doctors discovered he had 2 large malignant tumours in his abdomen. They were very rare and very aggressive.

Since that day, this little boy has endured countless cycles of chemotherapy, a stem cell transplant and 4 different surgeries. He has been in remission 3 times, only to relapse each time. He is currently in hospital undergoing an aggressive cycle of chemotherapy to try to keep the tumours at bay, while they consider options for further surgery.

It has been an emotional journey for Mitchell and his family. Every time a scan has given them reason to hope, it has been quickly followed by complications or more bad news.

On a practical level, their life has been thrown into chaos. The 5 of them are spread across 4 different locations, hundreds of miles apart. Mitchell and his mum, Rochelle, are based near the hospital, which is over 400 miles from home. His dad, Michael, is at home working long hours to try to keep them afloat financially. His older brother is away at university, and his sister is often cared for by their Nanna so his dad can work as much as he can.

They have been through a very tough few years, and it isn’t over yet.

But despite having spent a large chunk of his life in hospital, Mitchell radiates positivity. He recently won a special Community Spirit Award, and when asked in an interview what his biggest achievement had been to date, he replied:

“I have spent a lot of time in hospital and have beaten cancer three-times, so I can pretty much do anything!”

They also asked Mitchell what he’d like to do when he grows up. He said:

“I want to do or be something that will be an inspiration to others.”

With everything Mitchell has endured and overcome in his life so far, it’s safe to say he has already achieved that goal.

Strangers donated almost AU$1000 in gift vouchers to the family of Mitchell, a young boy with cancer, as well as a lambskin to make him more comfortable.

Three years ago, Mitchell was given the devastating news that he had cancer.

Mitchell has endured so much since then, and his family's life has been thrown into chaos. We wanted to do something to make life a little bit easier for them.

Thankyou to Stephanie Ford from the Sunshine Coast, who generously bought Mitchell the lambskin rug. It is going to make him so much more comfortable in his bed, and his wheelchair.

Mitchell’s mum, Rochelle, said: “The rug is already on his bed and it's made a huge difference and he absolutely loves it so thank you very much! We will definitely be using it every day and taking it to treatments and hospital visits to help make Mitchell very comfy!”

And thank you to all of the people who offered help and send gift cards: Lynda Casey, Maree Griffin, Emma, Rob, William and Gregory, Monique King, Carole Ericksen, Melissa Spicer, Richard Currie, Jenny Woodrow – as well as all the anonymous donors..

And finally, a 52 Lives supporter, Ann Booth, got in touch to ask a bit more about Mitchell’s sister, Chelsea, who is often cared for by her Nanna. As well as donating gift vouchers for Mitchell’s parents, Ann also sent a gift voucher for Chelsea and her Nanna, so they could “have a bit of a spree and buy something special.” Such a thoughtful gesture, thankyou Ann.

We would like to thank everyone who was touched by our story on 52 Lives and who generously gave donations. You are all doing an incredible job and we appreciate it very much! Much love to everyone.