This week, we’d like to help a 52 year old lady called Vivienne, who is a full-time carer for her husband.

Vivienne’s husband has had multiple strokes over the past 7 years, which have left him immobile and housebound. Vivienne has been caring for him on her own. She used to be a hairdresser but had to give up work. She has also stopped socialising, and has given up her hobbies.

Vivienne was nominated by her social worker, who is worried that Vivienne is neglecting herself. She said: “She loves caring for her husband, but she has very little time for herself. She also suffers from epilepsy, which has put some limitations on what she can do.”

Financially, things have also been difficult. They live in social housing and Vivienne hasn’t been receiving the benefits she’s entitled to as a carer (her social worker is helping her to rectify this).

With your help, we’d like to provide a few things that would make a big difference to Vivienne’s life: A sewing machine so she can restart her dressmaking, a hoover (to replace her broken one) and an indoor security camera, to give her peace of mind when she is not with her husband. We’d also like to send her lots of kind messages of support, to let her know she’s not alone.

Thanks to our supporters, Vivienne now has a sewing machine so she can restart her dressmaking hobby, a security camera to give her peace of mind when she is not with her husband, a hoover to replace her broken one, and we also paid their rent arrears to take some of the financial pressure off her.

Thank you so much to everyone who helped in some way. These might seem like quite small things, but they really aren’t. 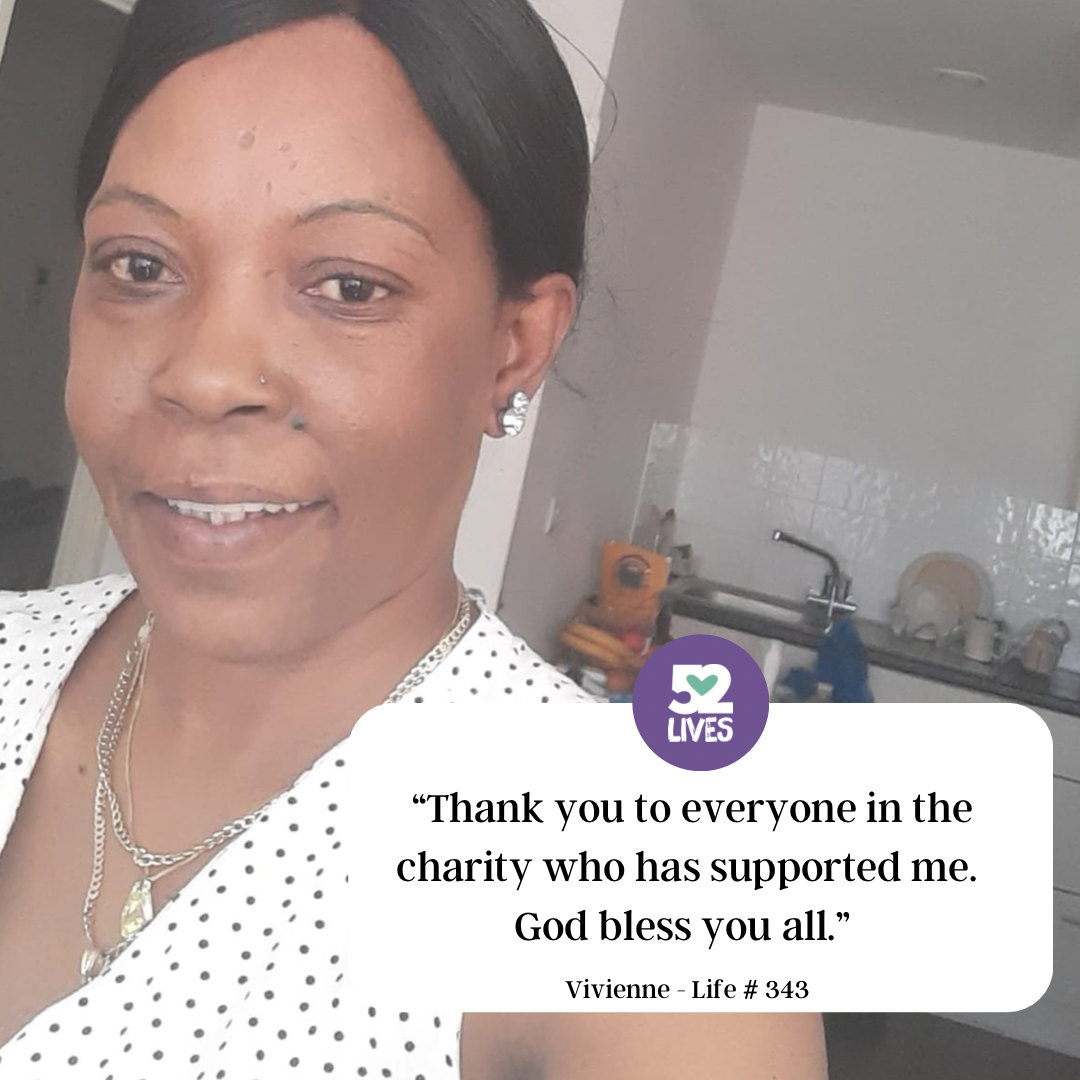