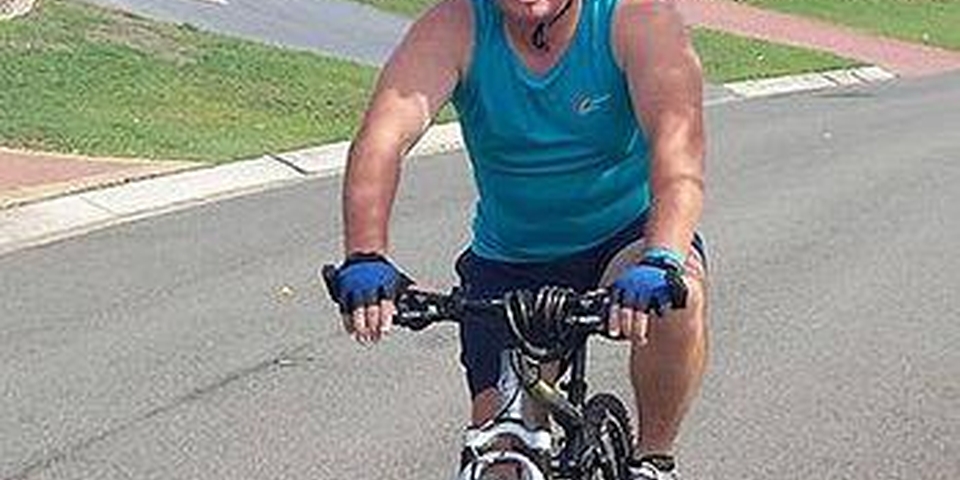 Dean from Queensland, Australia, contacted 52 Lives earlier this year seeking help to fund a bicycle adapted to his disabilities.

I sadly wasn't able to help him at the time, but his story and his attitude stayed in my mind.

Dean has diabetes, which has caused many medical complications for him. He is visually impaired, has vascular complications, serious back problems, and has had to have toes amputated. He struggled emotionally with the complications and so has also battled depression for some time.

One day, Dean decided to change his life. He said: 'where there is life, there is hope'. And so he chose to focus on something different. Dean wanted to start cycling in a group, but found none in his area that were disability-friendly. And so he created his own - the ALLSORTS B.E.R.G rides.

Dean also set a goal for himself. He wanted to be able to do a 100km ride. He had two in mind - the Moreton Bay 100 and the Brisbane to Gold Coast Santos GLNG, but had neither the equipment nor the funds to do it. He set up a fundraising page, which proved unsuccessful. But still he carried on, deciding he would try to scrape together the entry fees and ride whatever wobbly old second hand bike he could find.

I decided to try to help Dean in a small way recently and spoke to the organisers of both events, who very kindly agreed to wave Dean's entry fees so he could take part. When I told Dean, he was embarrassed and reluctant to accept the offer - the rides raise money for charity and Dean felt bad that he wouldn't be paying fees, and so offered to pay what he could. The organisers declined, saying they just wanted him to be able to take part.

Shortly after, Dean dialed a wrong number and ended up chatting to a lovely man called Ian Williams, who donated his old mountain bike for Dean to ride in the race. Things have started to fall into place and more support has slowly been trickling in, with donations of cycling jerseys, adapted pedals and so forth.

And so, after a very long and difficult physical and emotional journey, Dean will be at the starting line of his first big charity race this Sunday 10th August.

Dean's story is such a simple one - he is just a man who was not enjoying life, and who decided to do something about it - and he was going to get to that starting line no matter what kind of ill-fitting shoes, or unadapted bicycle he had to contend with.