Request: Donation for furniture and flooring / Gifts from a wishlist / Kind messages

This week, we’d like to help a young couple who have been homeless, and recently had a baby.

Tracey was neglected as a child and put into foster care when she was 14. She spent the next two years moving between foster homes. When she was 16, she was allowed to live with her parents again, but they kicked her out a few weeks later. She was homeless and ‘family-less’. No one was supporting her. She moved from hostel to hostel and felt worthless.

Tracey met her partner William, who had been a young carer for his mum. William was homeless as well. They have been together for nearly two years and recently had a baby boy, Tom (who is now 3 months old).

Due to their circumstances, Tom has been assigned a social worker, who got in touch to ask if we could help. She said the baby is thriving in their care and they are wonderful parents. They have also just moved into a flat, but they have nothing.

We’d like to fill their new home with everything they need, and also provide some things their baby might need in the coming months.

You bought everything from the wishlist and we also managed to buy them a cooker (in time for Christmas!), bedroom furniture, carpet, everything else they needed for their baby, and we’ll be providing some vouchers for groceries. You’ve also sent them so many kind messages, to let them know they aren’t alone. The little things you do each week, combined together, make a huge difference to people’s lives. Thank you all so much. You’ve given this little family an amazing start in their life together.
This is a message we received from their social worker... 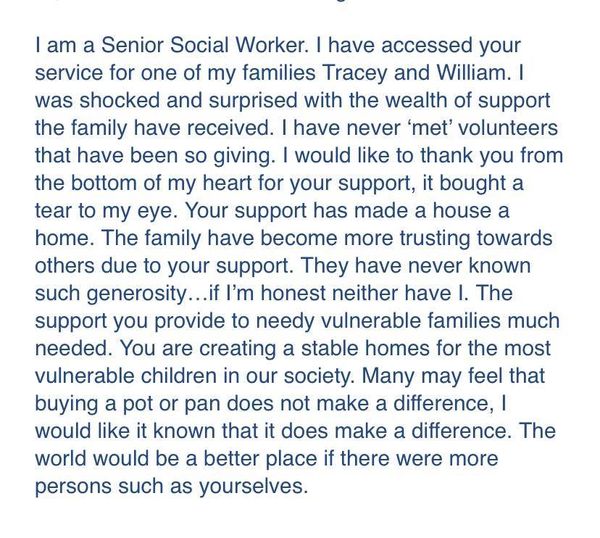 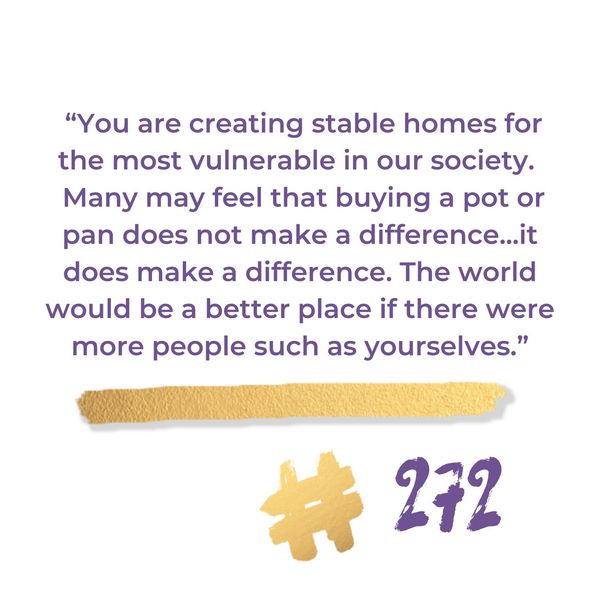