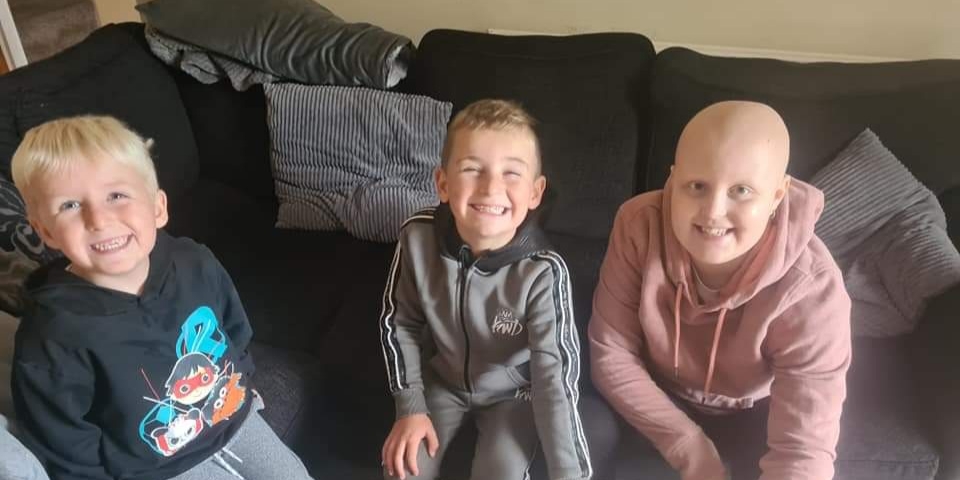 This week, we’d like to help a family with two children going through cancer treatment.

In June last year, 6 year old Marley was diagnosed with a bladder tumour. He had been in pain and bleeding for three months. He saw nine different medical professionals and was put on many courses of antibiotics, before an ultrasound discovered a mass in his bladder. He has had 10 cycles of chemotherapy and recently had the tumour removed.

In June of this year (one year after Marley was diagnosed) his big sister Harmony was diagnosed with Ewing sarcoma, a rare type of bone cancer. She was just 8 years old.

Harmony's symptoms were nothing but a mysterious lump appearing on the side of her right arm. She also started to develop tingling feelings in her fingers, which was making her drop things. Doctors thought she had an infection and she was given a course of antibiotics to take. For months, she was treated for an infection. When her pain became more severe, her mum and dad took her for an x-ray.

Her mum, Becci, said: “They were all fairly certain it was Ewing sarcoma by the moth-eaten bone and size of mass, but we held onto a tiny bit of hope that we surely could not be going through all this again with our daughter, a year after finding out my son had a tumour in the bladder.”

Sadly, it was. For the past few months, Harmony has been having fortnightly chemo and she is about to start six weeks of radiotherapy. She will also need to have surgery to remove her arm.

Harmony, said: “I feel sad that I have to live with this. I miss swimming and really hate my picc line. My life was so good before this and now I have nothing to look forward to.”

The family is now having genetic tests done on each of them, including their youngest little boy, Ralphy, who is five. 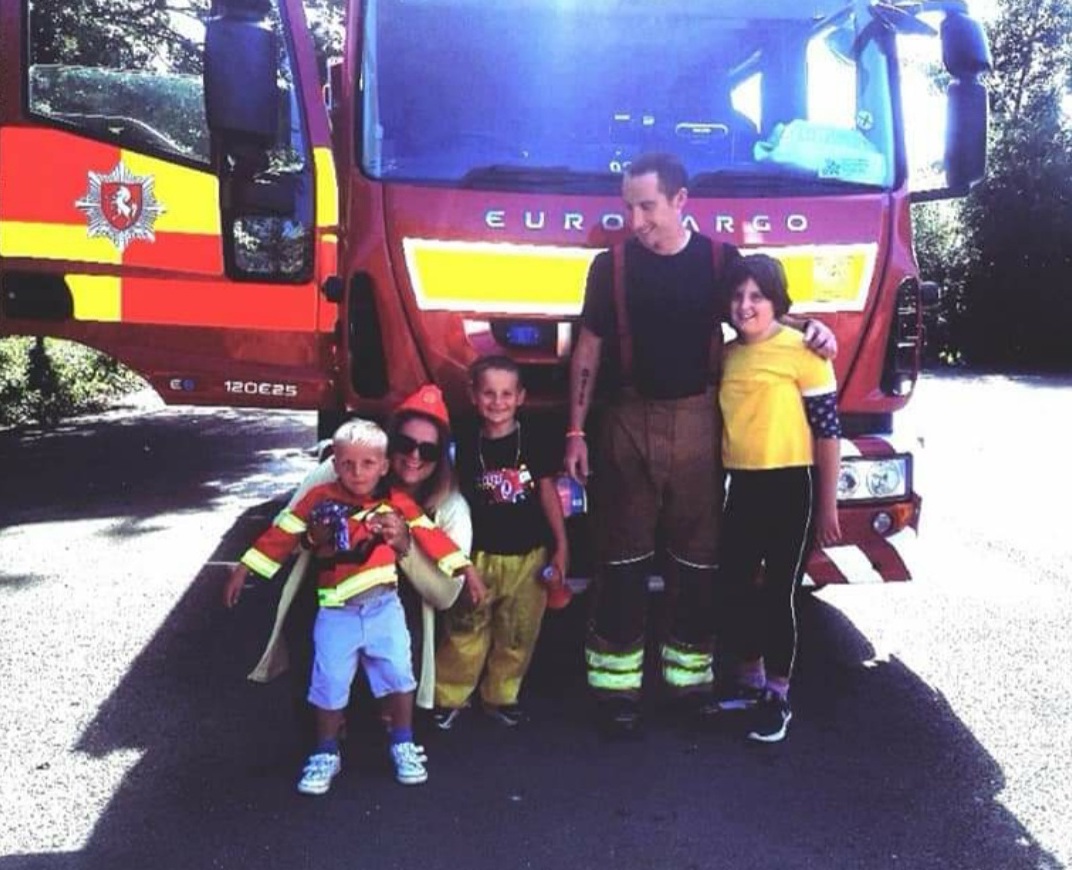 Becci and her partner Aaron have both had to stop working to care for the children. Aaron does a few hours a week for the fire service to bring in some money, but things have become very tight financially.

With your help, we would love to do something kind for this family. We would like to raise funds to help cover some of their living costs, and we would also like to buy Christmas presents for the children (although their youngest said all he wants for Christmas is to have both mummy and daddy at home). 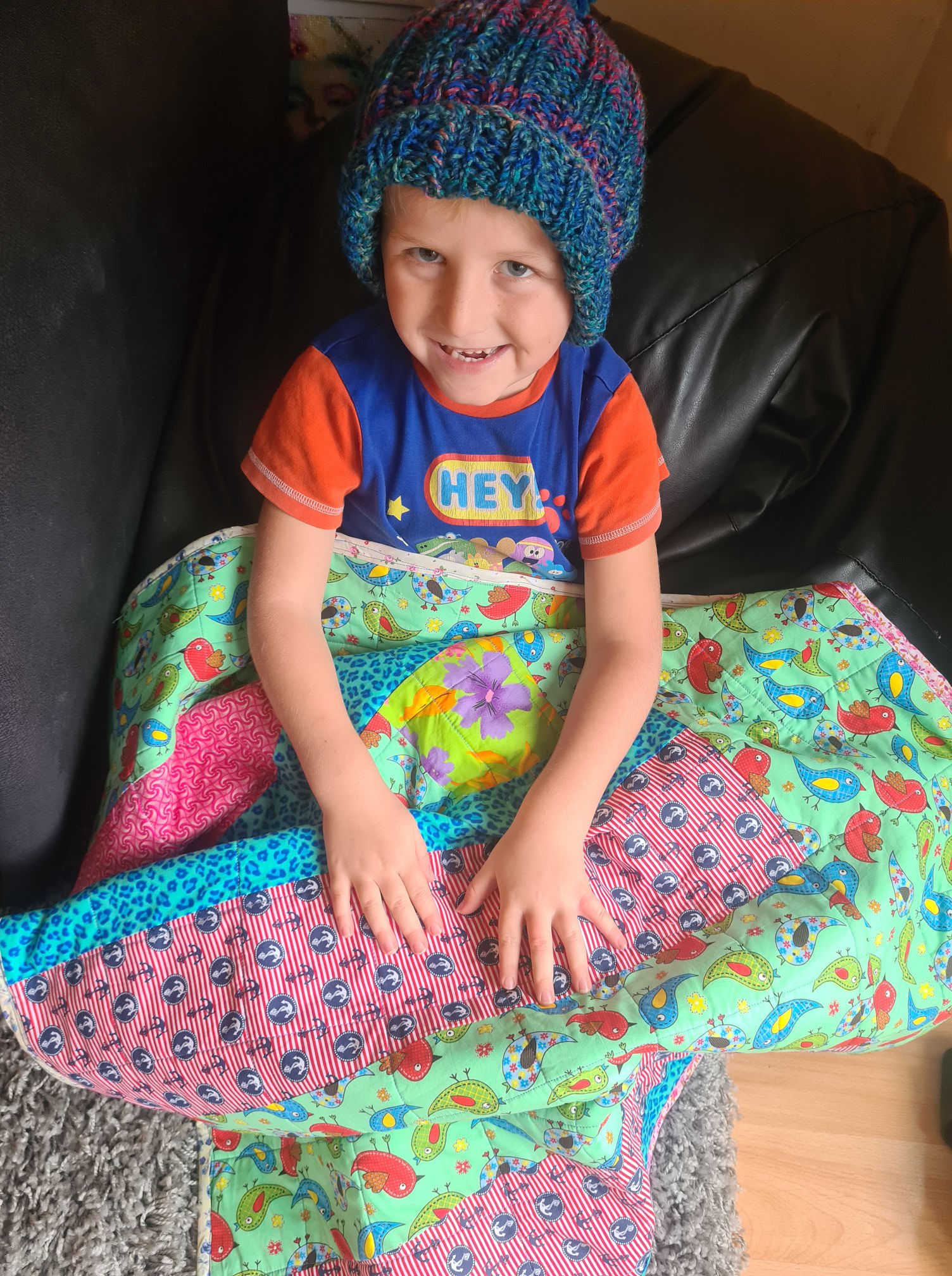 In just one week, you donated more than £4000. You also bought all of the children's Christmas presents from the wishlist. Some of you even knitted hats and made quilts for them. We've been able to pay their bills, and covered their food and fuel costs for many months. We've also bought Harmony, Marley and Ralphy a trampoline for the garden. Thank you all so much for doing this for them. it's made their life a little bit easier at a very difficult time. 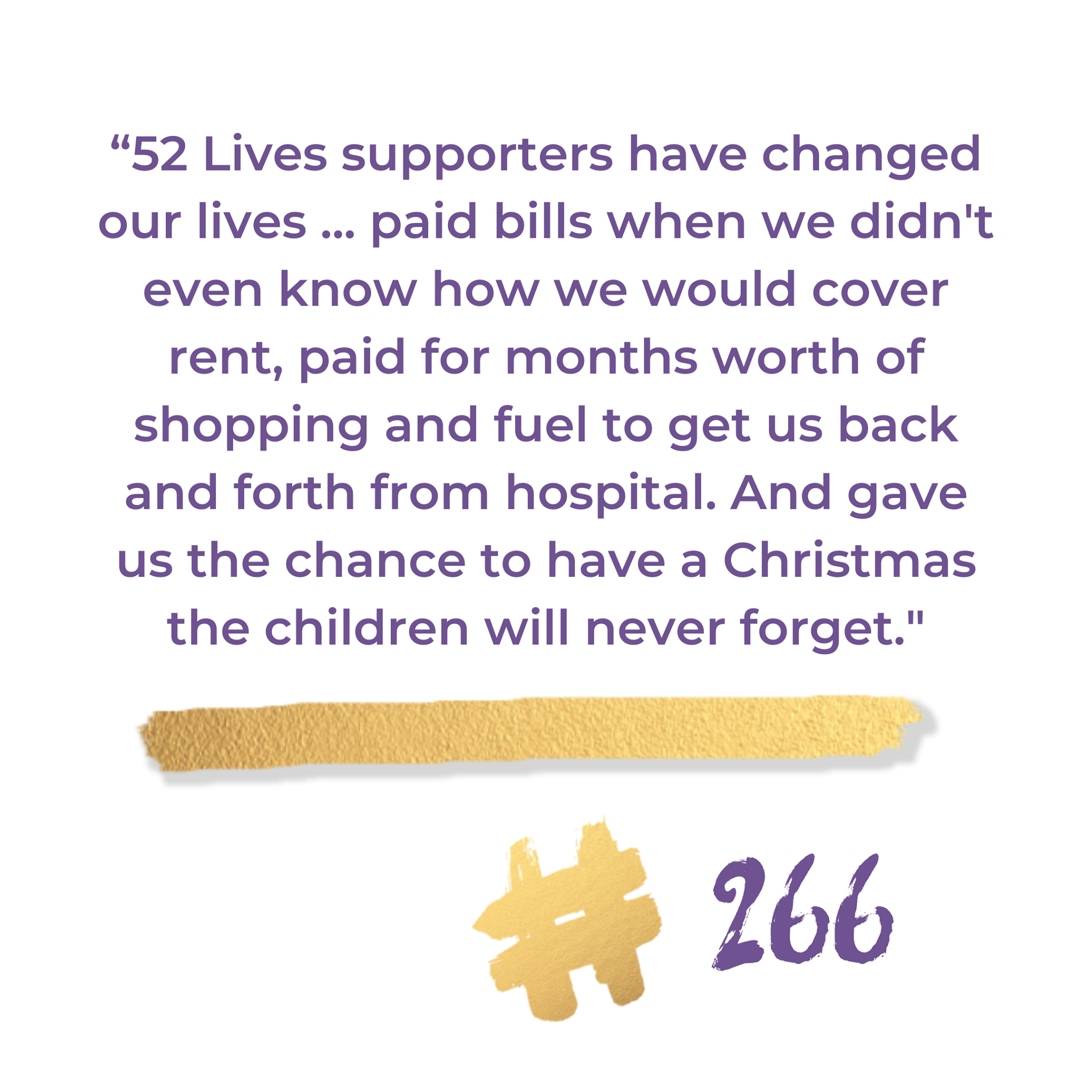