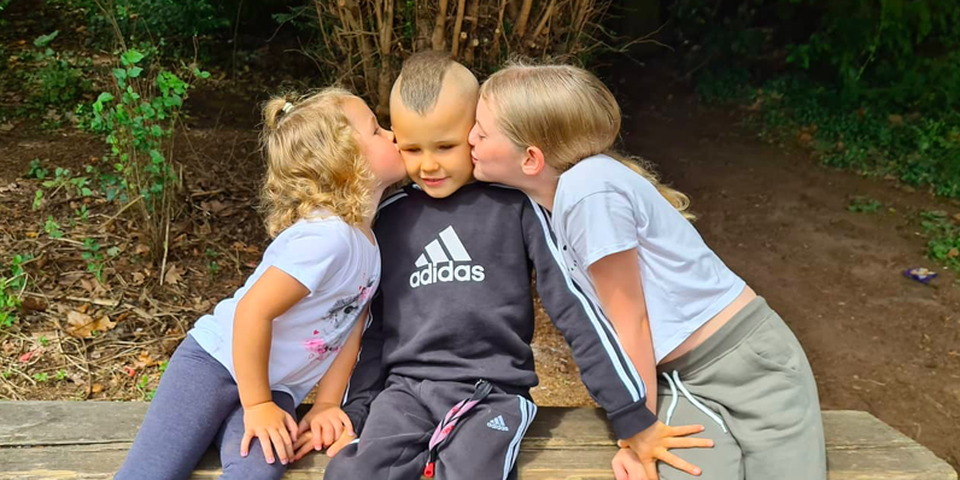 Request: Donations for a wheelchair and a day out / Kind messages

This week we’d like to help a 7 year old boy from Bristol called Cameron, who is in need of some kindness.

Cameron was born with a rare condition called Norrie Disease, which means he’s blind, beginning to lose his hearing and has profound learning disabilities. He has autism and is tube-fed.

"It wasn't until he was around eight weeks old that it was discovered.’ His mum said. “As a newborn he was sleeping a lot and didn't really open his eyes. When he was six weeks old, that is when I started to think something was wrong. We took him to the hospital and he was diagnosed ... it was a complete shock.” 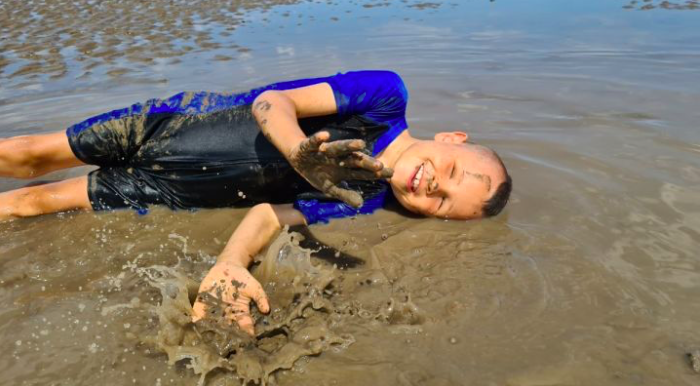 Cameron uses a buggy provided by the NHS when they are outside, but it is only suitable for smooth surfaces so they have to carry him to get to the places he loves most (the beach and the woods). Cameron loves to go on adventures, but he’s getting too big to be carried, which means his mum and dad soon won't be able to take him to the places he wants to go.

They have been fundraising for an all-terrain wheelchair, but are still £1000 short. With your help, we’d love to make sure Cameron gets his new chair.

We would also like to do something kind for Cameron’s two sisters, Indie and Morgan, who have been through their own struggles these past couple of years - they often miss out on things, and also have been worrying a lot about their brother's health.

Please help if you can. 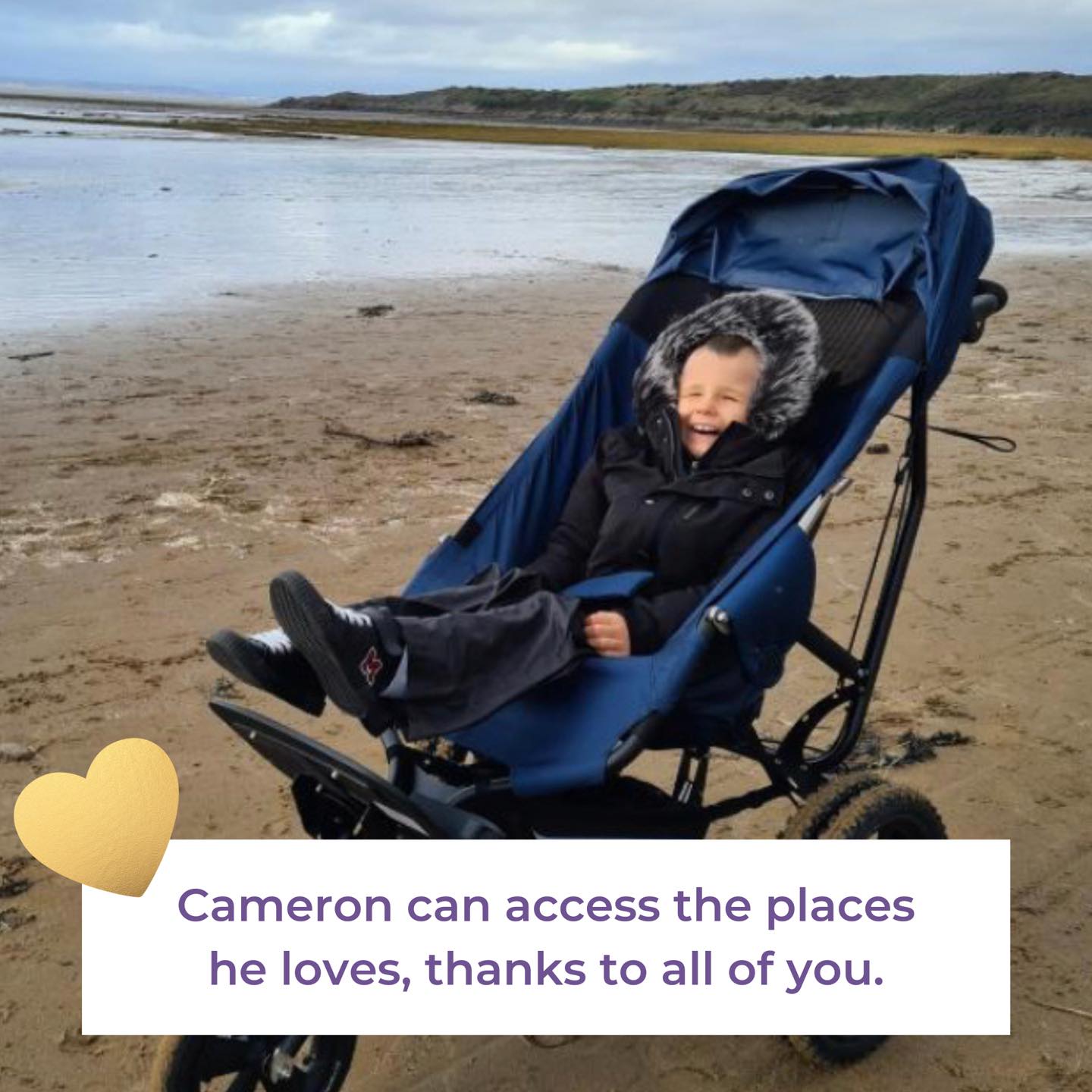 Look at that smile! Thanks to all of you, we raised that amount in just a few days and Cameron’s buggy has been delivered. Thank you all so much for helping to make this happen.