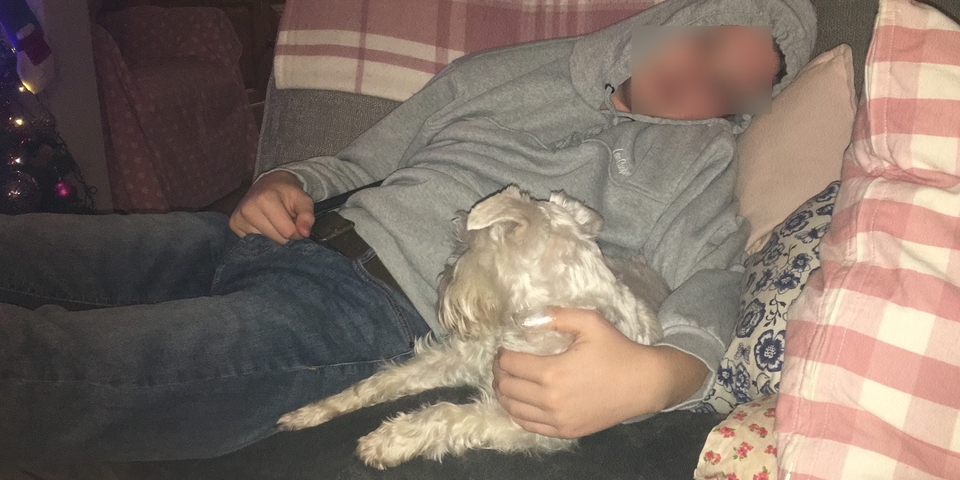 This week, we’d like to do something to help a 13 year old boy called Jack, who was bullied, beaten and left with brain damage.

Last year, Jack was a happy, confident boy with lots of friends. He loved sport and dreamed of becoming a fighter pilot. One day at school, he was beaten up by another child. It left him with a severe head injury. Jack started having seizures and was rushed to hospital.

One year on, Jack has brain damage, gross motor tics and suffers from PTSD. He sees a psychologist to help him deal with everything that’s happened.

Jack is back at school but life is very different for him now. He lacks confidence, he has no friends and feels incredibly isolated. He tries so hard to conceal his tics and ends up exhausted by the end of the day. His dreams have gone and his dog is his best friend in the world.

Jack is in his first year of GCSEs, but he struggles with his memory, concentration and processing speeds. His teachers feel he would benefit from having some special equipment to help him, but the things he needs are expensive. With your help, we would love to get Jack everything he needs to make his life as easy as possible. We would also love to send Jack lots of kind messages to let him know how amazing we think he is.

Thanks to all of you, we raised £1900 and everything has been bought and delivered to Jack. We will also be able to do even more for him with the rest of the funds.

When Jack’s mum gave him the equipment, he asked how long he was allowed to keep it for...he assumed it was just on loan. He cried when she told him it was his to keep.

Thank you so much to everyone who helped in some way and thank you to Gala Bingo for their incredible fundraising. All of your donations and your many, many kind messages have meant so much to him. 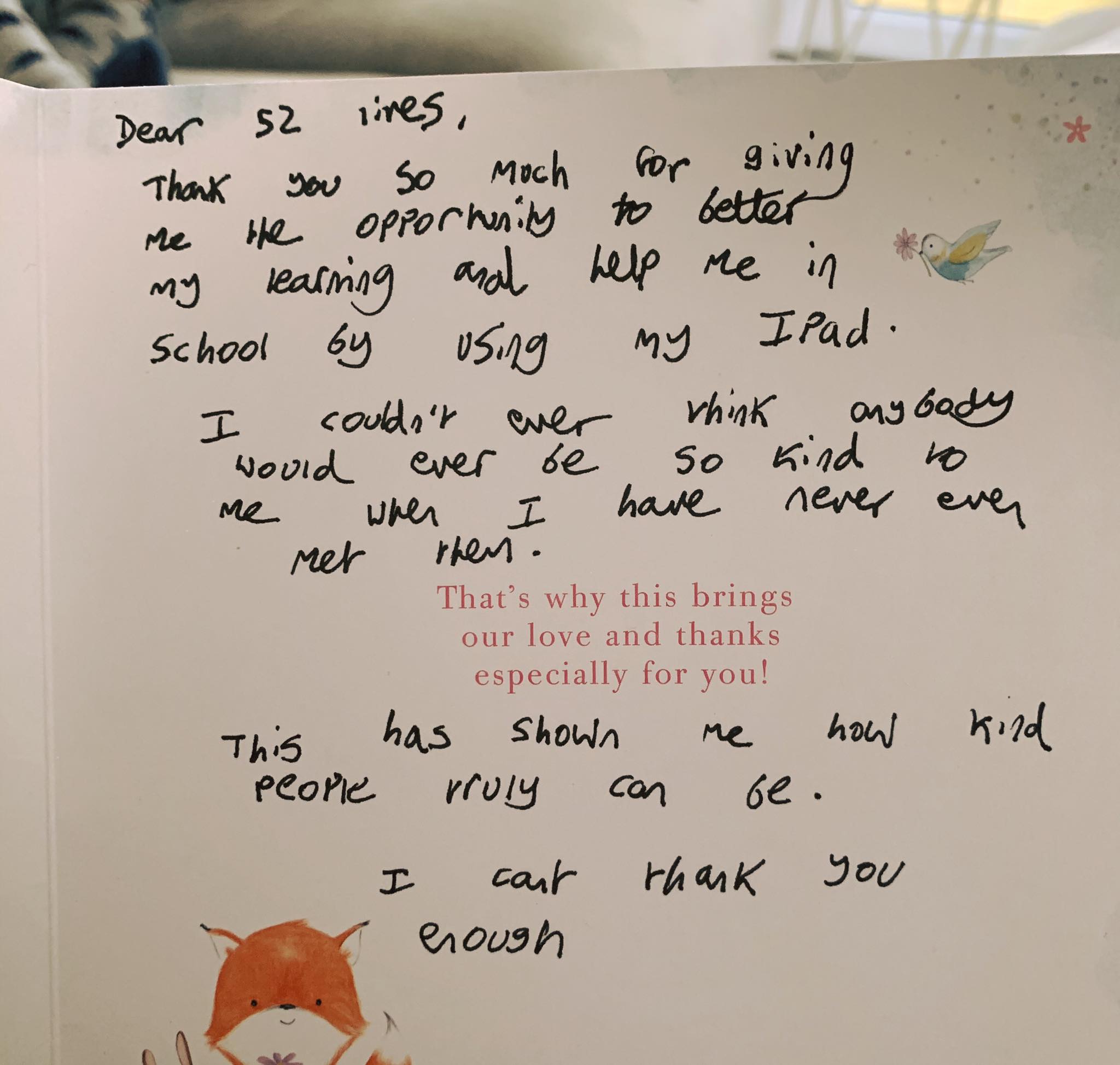