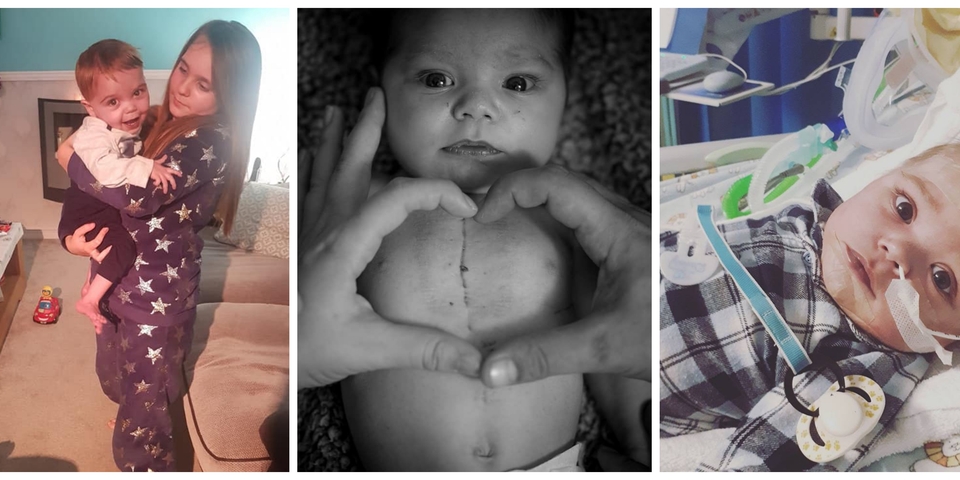 This week, we’d like to help a 2 year old boy from Swindon who has just arrived back home from hospital after his 20th operation.

Phoenix was born with a heart condition called hypoplastic left heart syndrome (also known as “half a heart”). He had his first open heart surgery at 4 days old...it was to be the first of many. In his first few weeks of life he suffered a heart attack and a stroke. He spent weeks in intensive care, before finally being allowed home. But it was short-lived. Routine scans picked up further complications, which needed further surgery....and that’s how life has been ever since...endless appointments and long stays in hospital.

Phoenix lives with his mum, dad and 10 year old sister Faye. The times they do have at home together as a family are incredibly special to them.

But even when he is at home, Phoenix requires 24 hour supervision, daily injections and regular blood tests. Despite everything, he is such a brave and happy little boy, who takes such an enormous amount in his stride.

His mum and dad do everything they possibly can to bring joy into Phoenix's days. His mum said:

“We don’t want to spend his life whilst he is here worrying about him not being here... we want to enjoy every second, because I genuinely do not know how I could carry on without one of my children.”

With your help, we want to help inject as much fun as we can into this family’s life - especially for Phoenix and Faye. 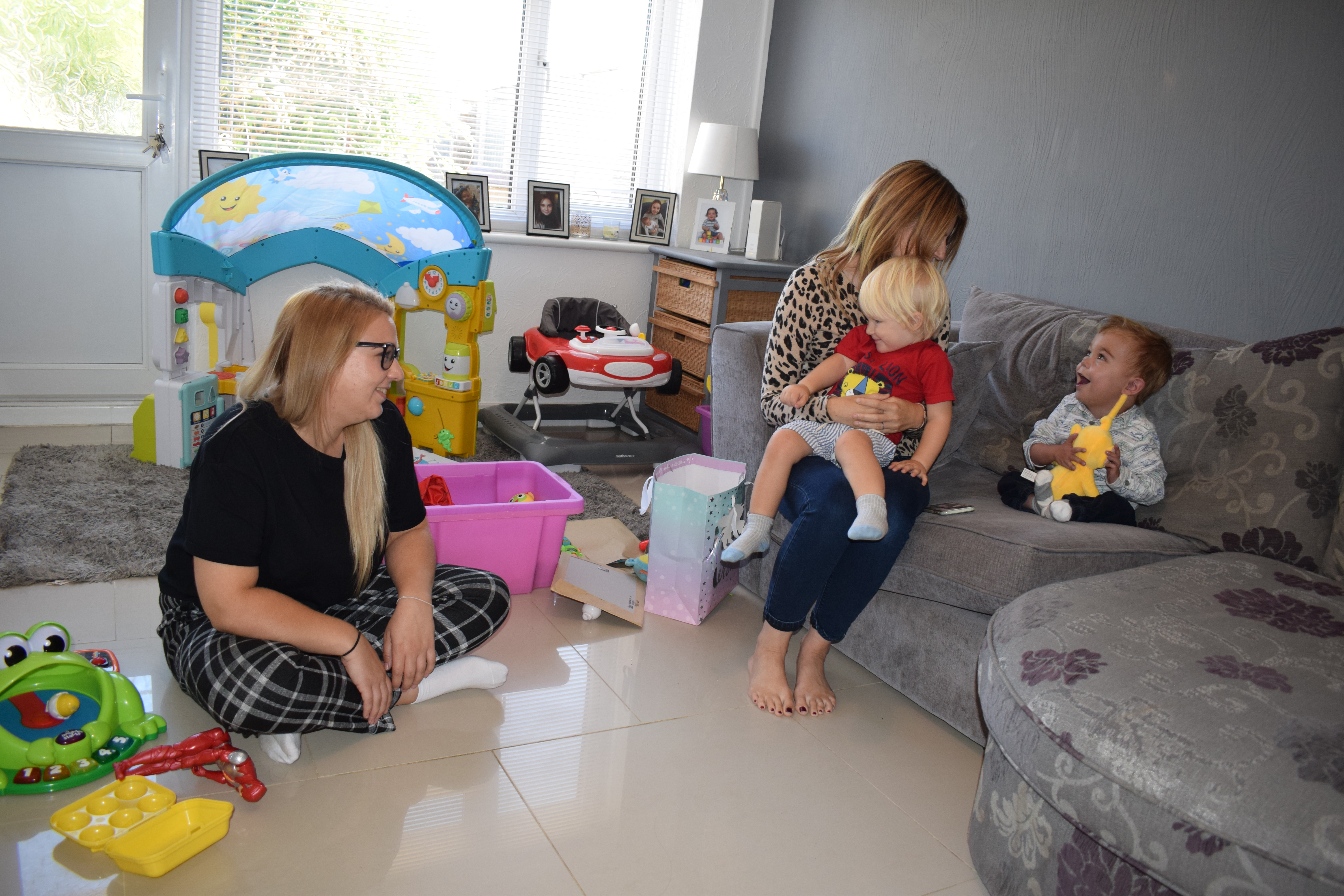 On Friday, I had the chance to meet Phoenix. Thanks to all of you, we raised over £1000 to help his family, and also sent hundreds of pounds in Amazon gifts and gift cards.

While we were chatting, I mentioned to Clare how much we had raised and she burst into tears. It's going to make such a big difference to them.

Thank you so much to everyone who helped in some way. As well as the donations and gifts, we also received beautiful home-made quilts from Beth, a family portrait from Faith in Fabric (who we helped 4 years ago!), so many lovely gifts and drawings, and a big bunch of kind cards from the children at Peareswood Primary School. They are such a lovely family, and I can't believe what a happy, smiley little boy Phoenix is, despite everything he has to go through.

Thank you for helping to make their life a little bit easier. 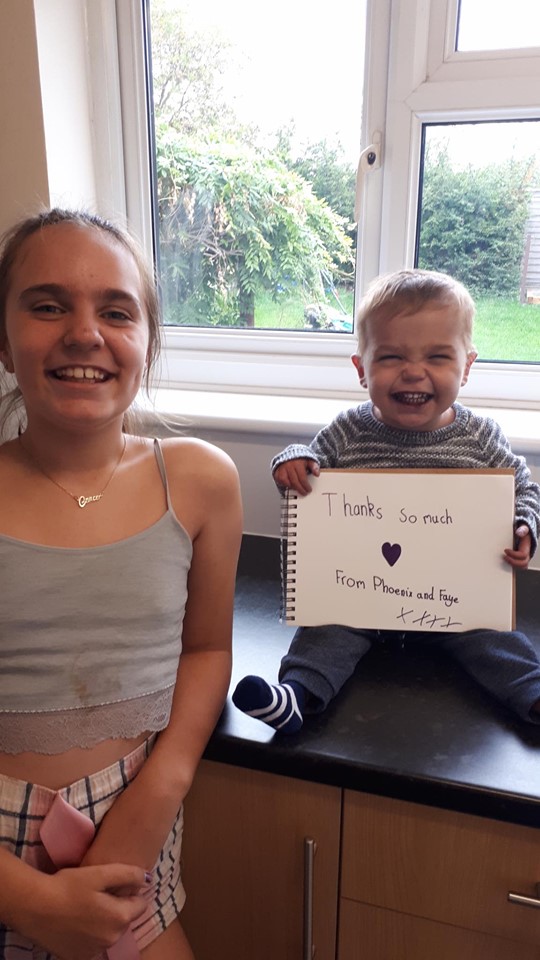 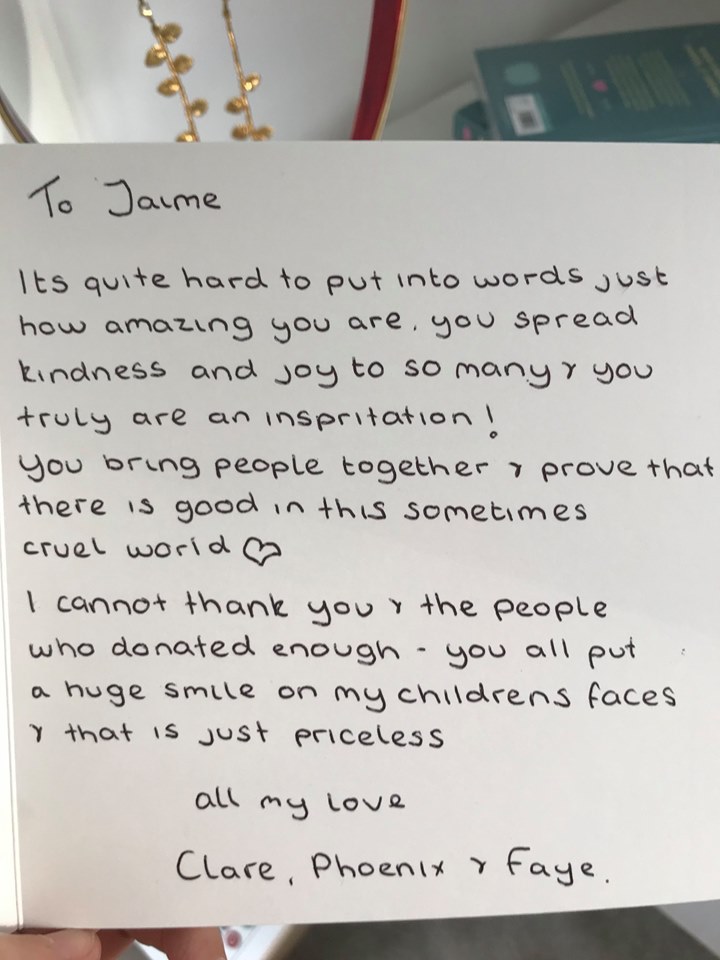