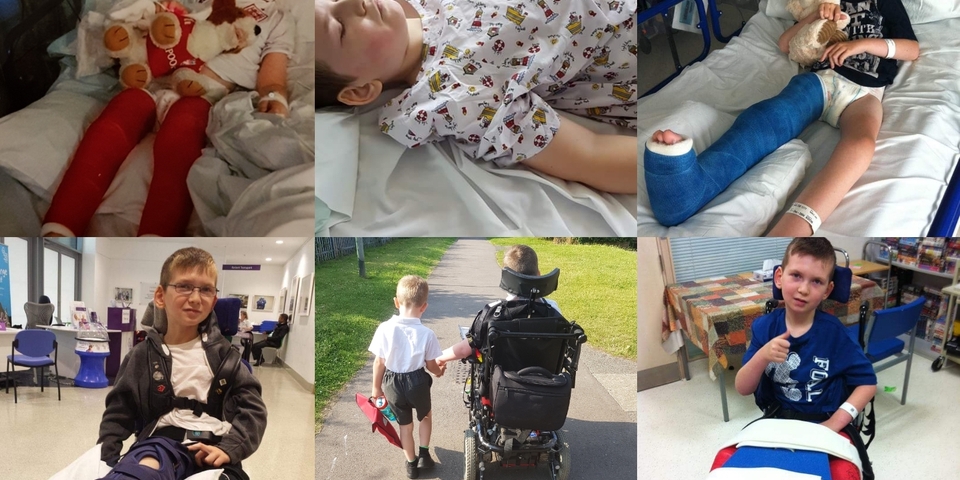 This week, we’d like to help change the life of a 14 year old boy from Kent called Josh.

Josh has 4limb cerebral palsy and has never been able to stand or even sit unaided. He is fully reliant on his mum for his day to day care. He has been in and out of Great Ormond Street Hospital since he was 2 years old, having 5 operations and many painful minor procedures.

Josh is in Year 9 at a mainstream school. Like any teenager, he loves football, cars, gaming...but unlike most teenagers he rarely gets to go out and enjoy normal life. He never gets invited to parties, or to friend’s houses.

His mum cares for Josh and his siblings on her own. She doesn’t have a car, so it’s difficult for Josh to get out and about. He loves wheelchair football, but they have no way of getting him there. He loves cooking at school, but at home the kitchen is inaccessible to him.

Being left out upsets Josh a great deal, so he has been seeing a councillor at school help him deal with his emotions.

Josh was nominated by his big sister, who helps to care for him. She said: "As his sister, I am his young carer therefore daily I see him in pain and being uncomfortable but unfortunately none of us can do anything about it. It would be really great if he could be helped with anything to do with his accessibility around our house - or the garden, so he can play outside."

Josh’s mum was hoping to be able to make their garden accessible to him, so he could spend some more time outside with his brother and sister, but she doesn’t have the funds to do it herself.

With your help, we’d like to make life a little bit better for Josh.

Josh is in his garden for the first time in 8 years thanks to you!
You helped us to raise over £2100 in one week to build this decking and make the doorframe wheelchair accessible. You also sent Josh every single gift from his Amazon wishlist, including an echo dot and smart plugs to give him more independence in his home, and sent him so many kind messages.
Thank you so much for doing this for him...it has completely changed his life. 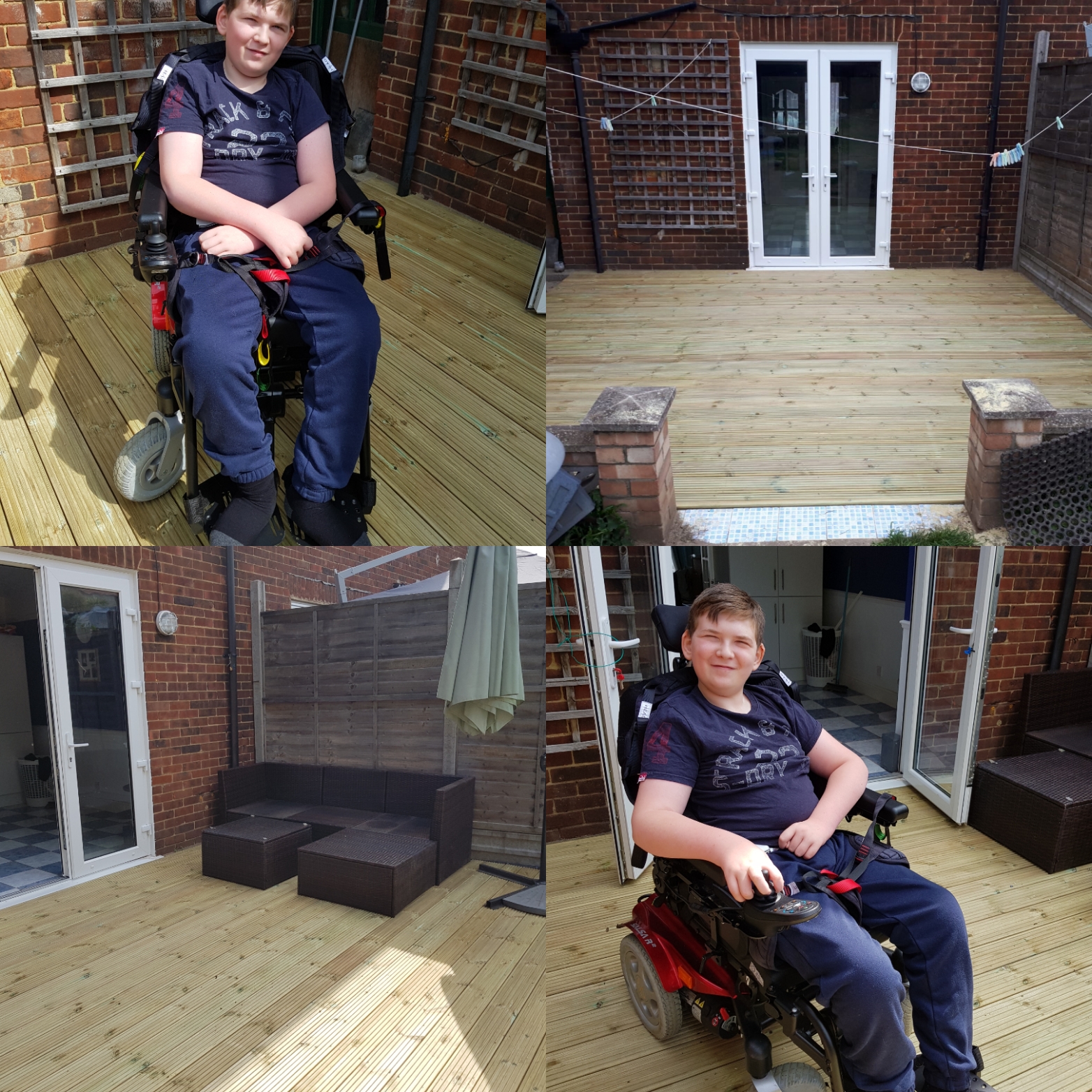 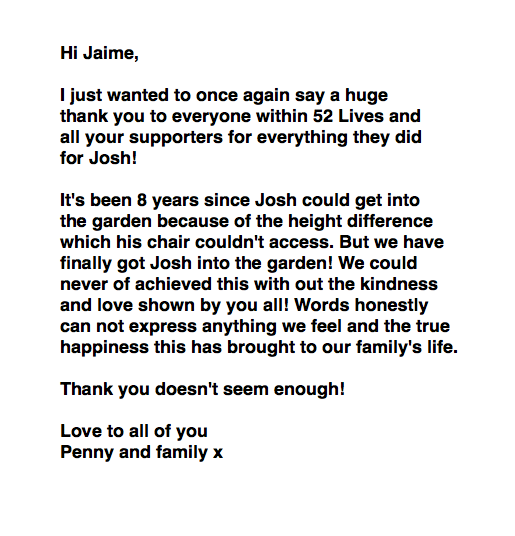