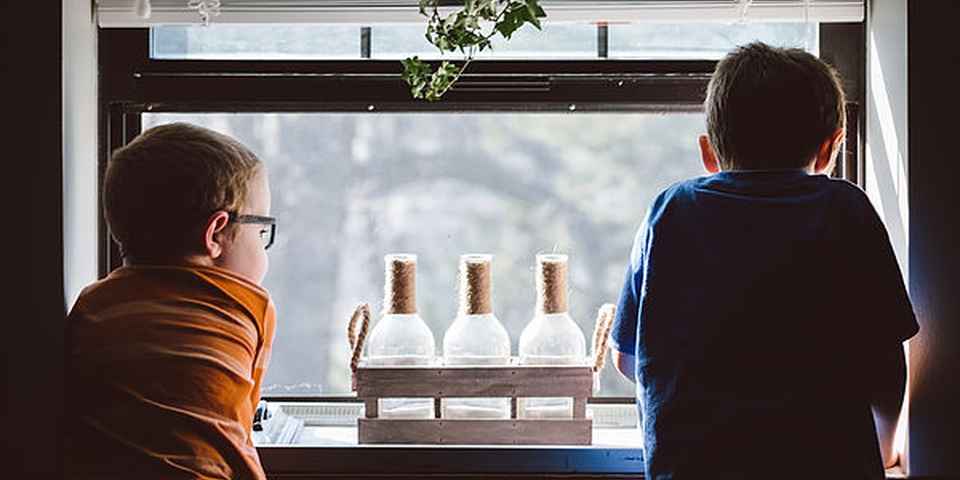 This week, we would like to help two brothers from Surrey, age 6 and 3.

6 year old Thomas has had multiple diagnosis during the past year and is still under investigation by various consultants to try to get to the bottom of his issues. He has learning difficulties, a sleep disorder, faecal incontinence, dyspraxia and a sensory processing disorder. They also believe his blood may not be clotting properly. His little brother Ben has autism and Fragile X syndrome, which is a genetic condition that causes a range of developmental problems including learning disabilities.

Both boys wake up many times during the night – Ben in particular has a tendency to open stair gates and wander around the house. Their mum, Fiona, said her and her husband are unable to sleep as they worry so much about keeping the boys safe.

Fiona has a huge amount on her plate and caring for her sons has become her entire life and the boys health - and their safety - is a constant worry. She said they are feeling more and more isolated as people struggle to understand the various issues that the boys have.

They are stressed, overwhelmed and exhausted. With your help, we would love to do some kind things to make their life a little bit easier.

We needed £1300 to buy the boys some specialist bunks to help keep them safe at night, as well as a special buggy to help them get out and about more. In just a week, we raised almost £2000! So as well as the much-needed bunks and buggy, we were able to buy the boys some amazing sensory toys and items that will help with their development and well-being.

I was lucky enough to be at their house when all of the sensory items arrived – I wish you could have all seen the look on their faces as they opened the parcels. It was like Christmas Day.

One of our kind supporters also wanted give Thomas and Ben’s parents a break. He donated a 1 night stay at a luxury hotel in London, so just before Christmas they had a night away together for the first time in so long. With one parent working in the daytime, and the other at night, they usually see very little of each other, so it meant a great deal to them.

And finally, we sent Thomas and Ben two big boxes of beautiful cards, games and gifts, made by children as part of our School Kindness Workshops. Their kind messages helped the boys feel so special.

Thank you to everyone who made a donation or sent a kind message. A special thanks to Jill Willmott for generously buying the pram for the boys, to Helen Dyson, and to Gala Bingo for their on-going generosity. 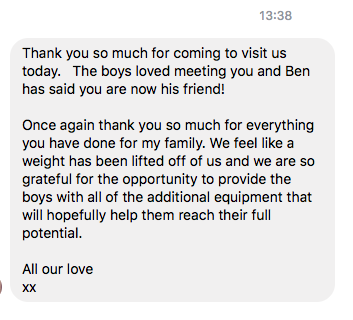