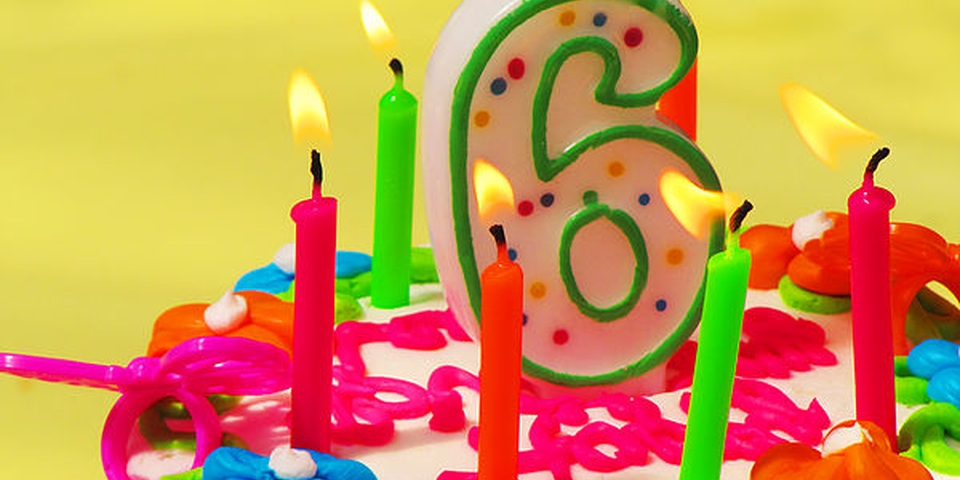 This week, we would like to help a 5 year old boy called Riley.

Riley has been having a tough time at school. He has suffered from severe ear infections for many years, and has recently been diagnosed with a disease that affects his hearing bones. It means that there is sometimes a bad odour that comes from his ears – which some of the other children at school noticed.

His dad said: “They call him a freak and move away from him when he comes near them. It is heart-breaking to watch.”

Being teased at school might seem like a small thing, but for Riley, that bullying has become a big part of his day, and his life. This little boy is already dealing with so much – he has had multiple surgeries on his ears, his ears leak, he is in pain, and his hearing is affected. And it’s reached a point where Riley doesn’t want to go to school anymore.

With your help, we want to do something kind for Riley to let him know that there are so many people out there who think he’s amazing – and that the few people around him being mean to him are such a small part of the world.

What we have received for Riley in just two weeks is incredible. Thanks to all of you, this little boy is going to have the best birthday and most fun summer holidays ever! This is what we have now received… 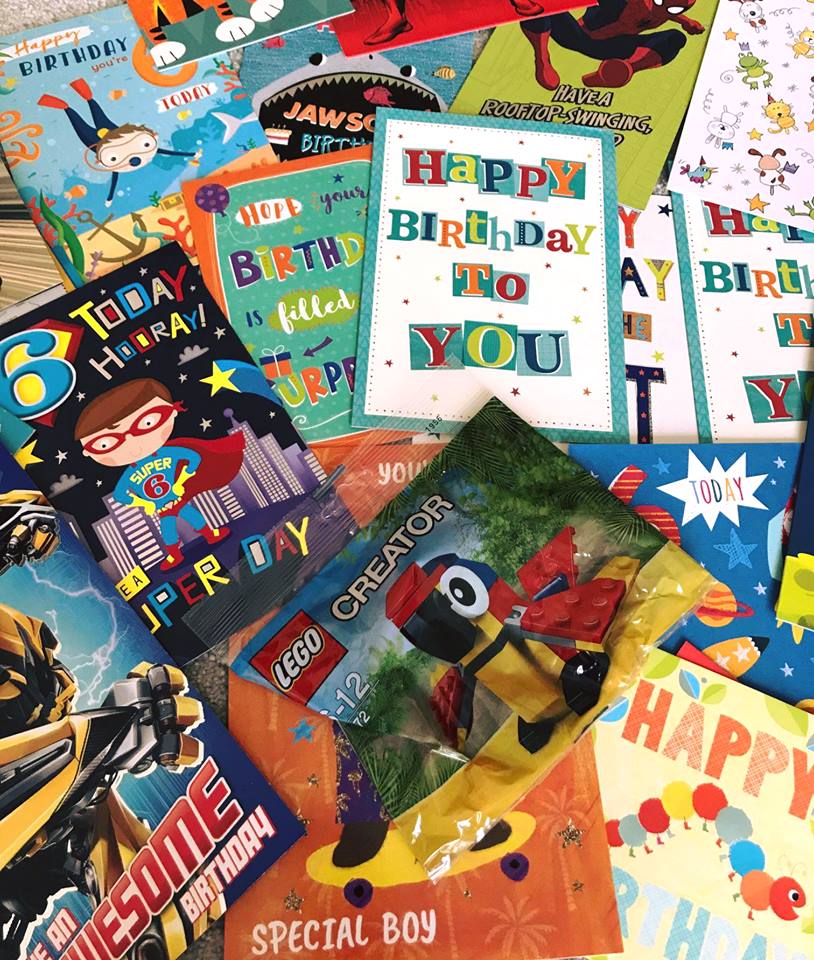 - Almost £500 in donations. With these donations, we are giving Riley:horse-riding lessons, tickets to all of his favourite theme parks, tenpin bowling, as well as tickets to Go Ape and the zoo.

- Every gift on his Amazon wishlist - including a brand new fishing rod so he and his dad can fish together.
- A big box of beautiful birthday cards, lego, balloons and messages.
- A free pass to Kids2day Soft Play Centre, Eastleigh
- A free pass to PartymanWorld
- A family pass to Longdown Activity Farm
- 3 free days of football at Charlie Auston Football School
- A pass to Finleydown Farm
- 4 tickets to Berry Theatre

Thank you so much to every single one of you who sent a card, emailed a message, bought a gift, made a donation or helped us spread the word to companies that were able to help.

Riley doesn’t know what we have done for him yet (his dad has all the cards and gifts hidden away), but he is going to be one very happy boy.

He is going to feel so special and loved, and hopefully realise that there are so many kind people in the world who care about him.

This is a pic of his first horse-riding lesson last week! His dad said he hasn't stopped smiling since. 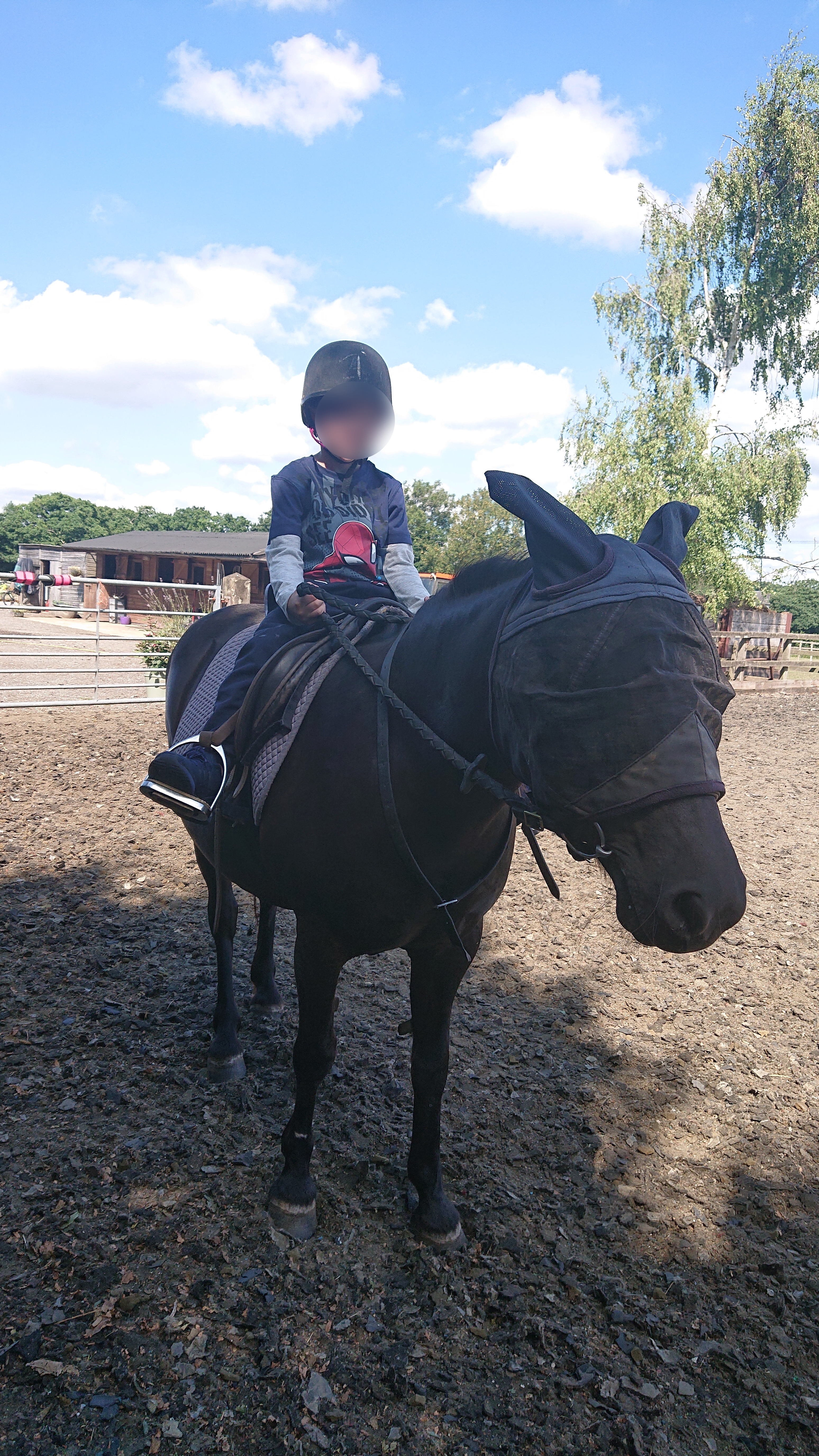 "I just wanted to message and say a huge huge thank you to everyone at 52 Lives and the supporters. Riley had such a magical birthday and was so overwhelmed by all the cards, messages and gifts he actually got quite emotional but has loved and treasured each and everyone. His whole summer has been full of fun and adventure thanks to everyone he has spent the 6 weeks smiling even at his hospital appointment Thursday when he was told he will be having the op re-done in the next six weeks, he seemed more confident..like he could do this and he was telling the doctor all about the wonderful trips out he's been doing because of all the kind people in the world :-)

Thank you so much again for everything."