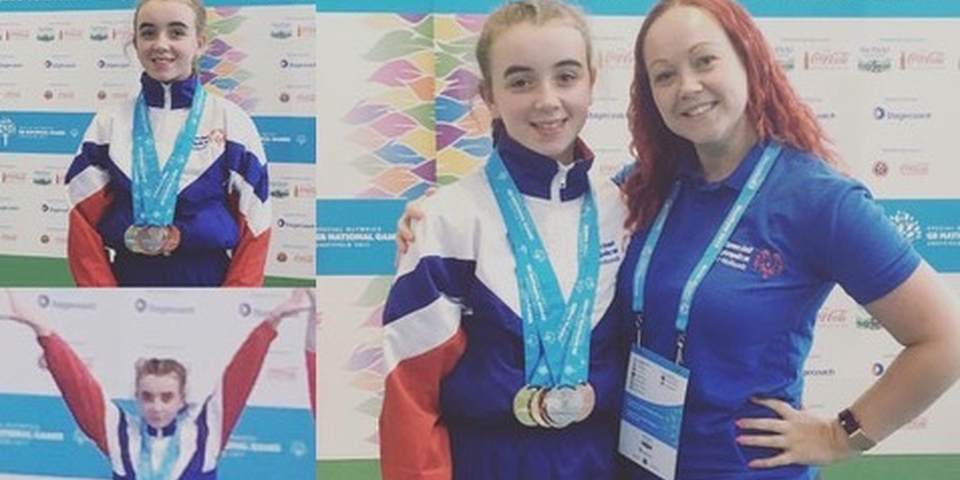 This week, we’d like to help change the life of a 13 year old girl from Lincolnshire who has been chosen for the Special Olympics.

From a very early age, Lauren found things a lot more difficult than most other children. She couldn’t do simple jigsaws, lacked co-ordination, and struggled to learn things. By the time Lauren started school, it was clear that she had learning disabilities.

Lauren has never felt like she’s very good at anything, and it was affecting how she felt about herself. So her mum took the decision early on to focus on what Lauren could do, rather than what she couldn’t – and that was gymnastics. “I'm always of the opinion that if you concentrate on what you are good at, the rest will sort itself out. We wanted Lauren to feel good about herself, and to realise that she can learn and she can achieve,” her mum said.

A coach called Stacie spotted that Lauren had a talent and has worked with her to help her achieve so much more than Lauren ever dreamed she could. Lauren has overcome a lot, and trains incredibly hard…and her effort is paying off. This amazing young girl has been selected to represent Great Britain at the Special Olympics in 2019 in Abu Dhabi.

The trip, however, is self-funded. Which means Lauren’s mum has to find £2500 for her daughter to be able to go. With the help of some local businesses and charities, she has managed to raised £500, but the fundraising has stalled – so with your help, we would love to help her raise the rest.

We have raised more than £1200 for Lauren in just one week. We will be topping this up with some general donations we received, to give Lauren the full amount she needs to go to the Special Olympics!

Check out this video the BBC have done about her too!

We also received some beautiful messages of support for Lauren which, as you can read in her mum's message below, are making a big difference to her. 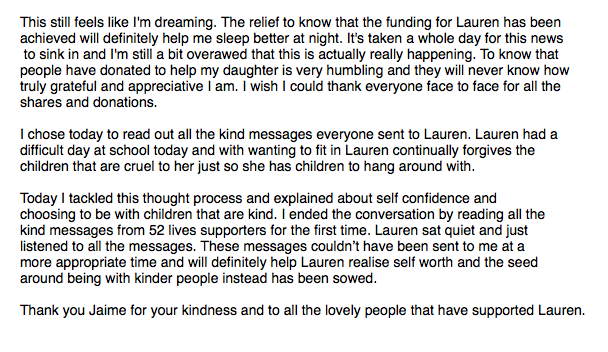