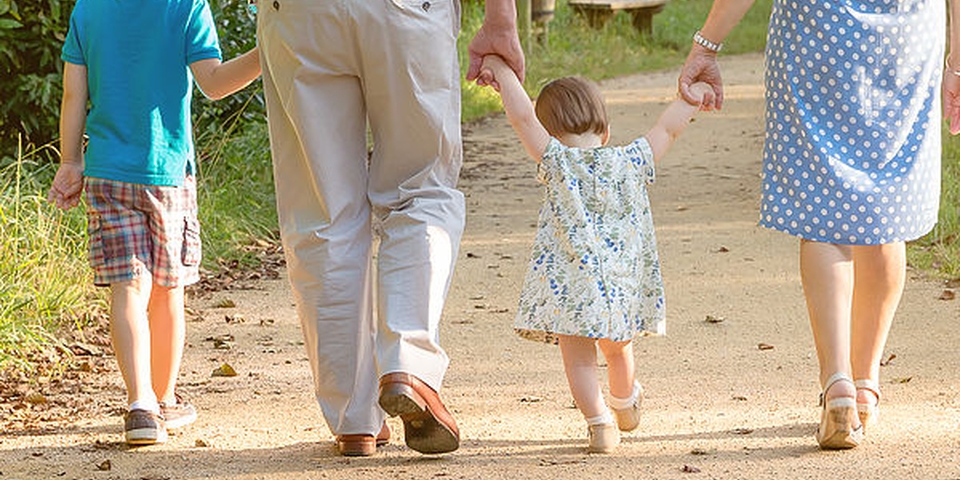 This week, we would like to help a couple from Hampshire who are in need of some kindness. To protect the privacy of their children and grandchildren, we won’t be able to use their names.

This couple has two adult children and 6 grandchildren. Their son has autism, is bipolar, has OCD and ADHD. Although he is now grown and has a family of his own, he struggles with day-to-day life and they continue to have to support him a great deal.

They haven’t retired yet and so both still work incredibly hard. The grandfather often works 12 hour shifts from 1am, then collects the grandchildren from school, makes sure his son is ok, makes dinner for everyone, then falls asleep on the sofa…before the cycle starts again. They make sure their son has food in the house, that his bills are paid and that he and his children have clothes to wear. They do his washing, do the school run, and sacrifice their own needs to pay for the things he and his children need.

It has been a very emotional journey for them. Their son has been incredibly challenging to care for, and they tragically lost one of their grandchildren several years ago at just 3 months old, which still affects them very deeply.

The person who nominated them said they have been wanting to redecorate their bedroom for many years but have never had the time or extra money to do it. They also have two spare bedrooms which their grandchildren stay in each week and they are also badly in need of redecorating.

She said: “They would literally would give their last piece of food in the cupboard or penny in their purse to ensure their children and grandchildren were ok. I would love to be able to give them a home they can be proud of and then on the rare occasion they get a couple of hours to themselves, they could enjoy their home rather than it depressing them. It would also give them a little bit hope and sunshine in their lives…knowing that there are people who want to support them.”

With your help, we would love to do this for them.

Thanks to all of you, this is what we did!

- Gave them a much-needed week away by themselves. A massive thank you to Julia Holm for donating her holiday flat for the couple. It is so incredibly generous of you!
- Raised more than £700 in donations, which we have used to carpet their bedroom and buy new furnishings
- Carpeted extra rooms in their house, thanks to the kind people at Carpet 4 You
- Sent £330 in Amazon and B&Q gift cards to help them buy the rest of the things they need for their home
- Helped to cover their travel and meal costs during the holiday, thanks to a lovely lady called Ambika Suri
- Sent lots of kind messages of support 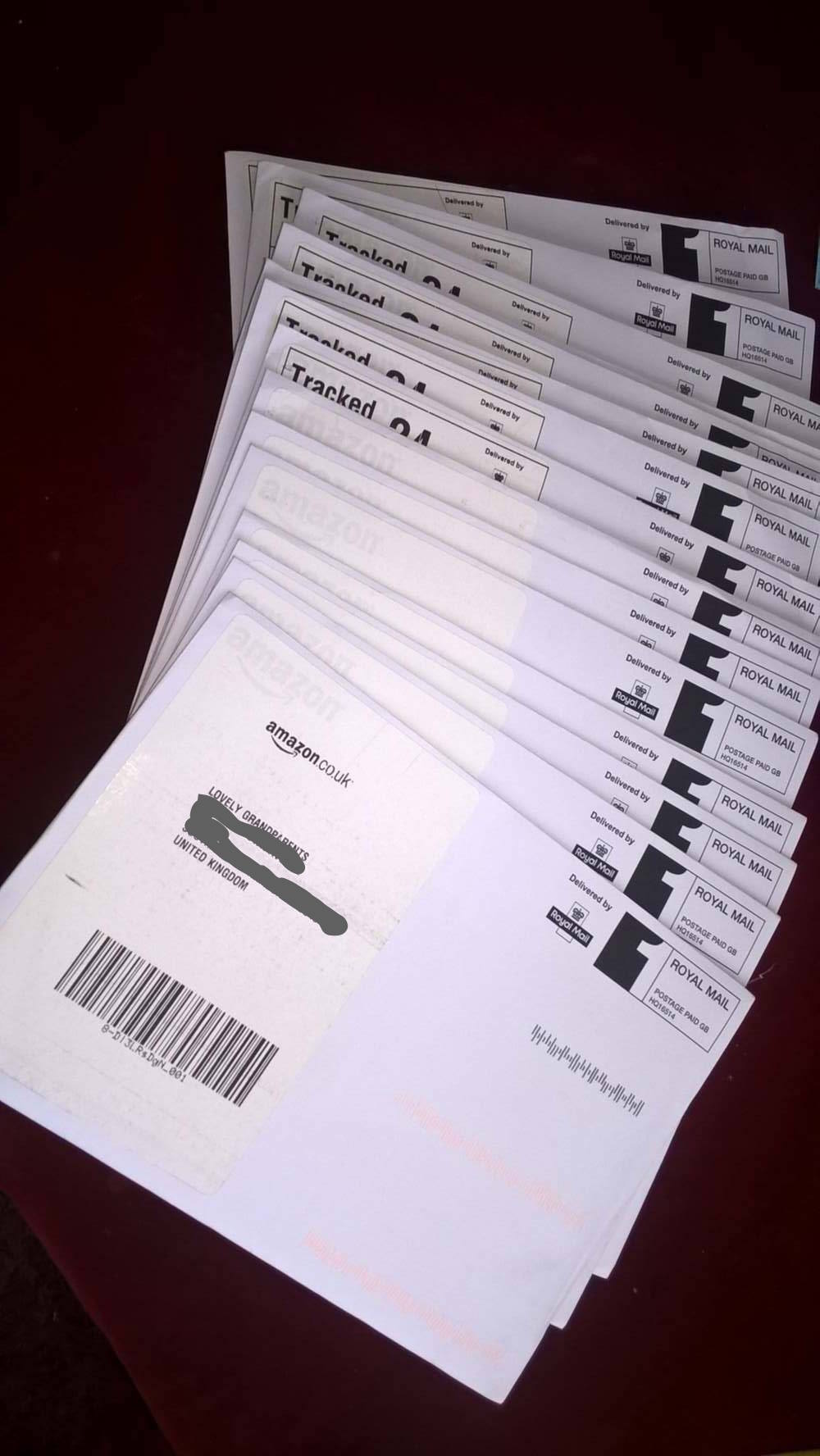 Their daughter, who nominated them, wrote to me today and said this....

Thank you so much to every who donated, sent gift cards or messages. And a big thank you to GalaBingo.com for helping to raise funds.

Your kindness has made such a difference to this lovely couple and it came at just the right time for them. 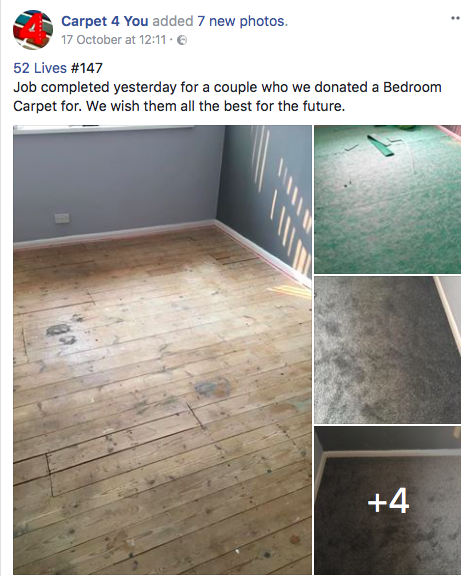 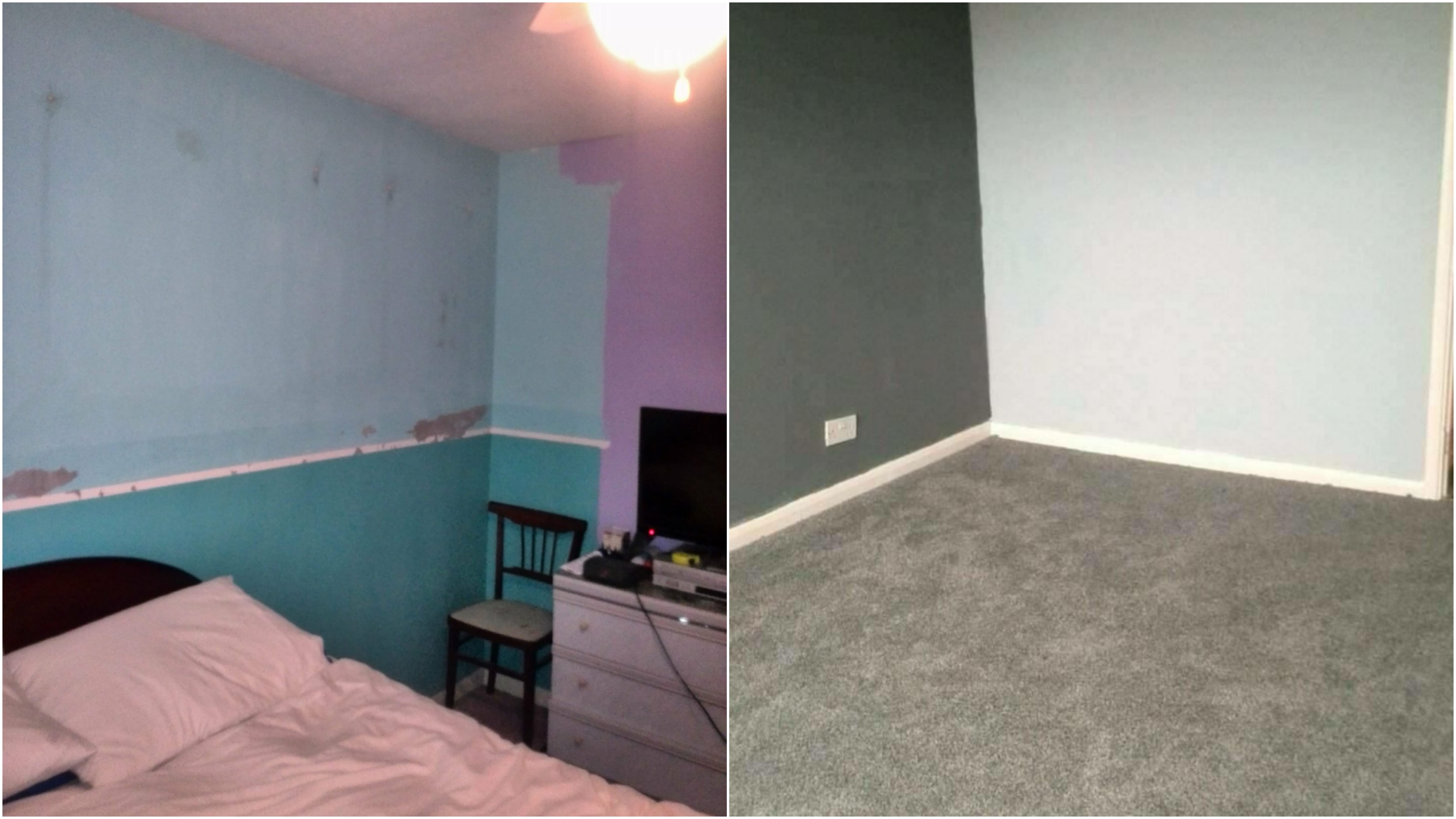 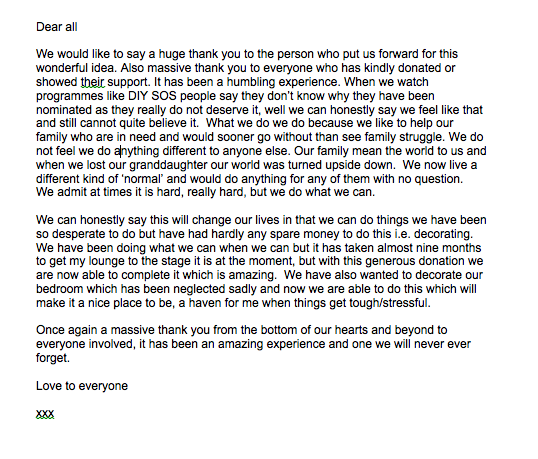