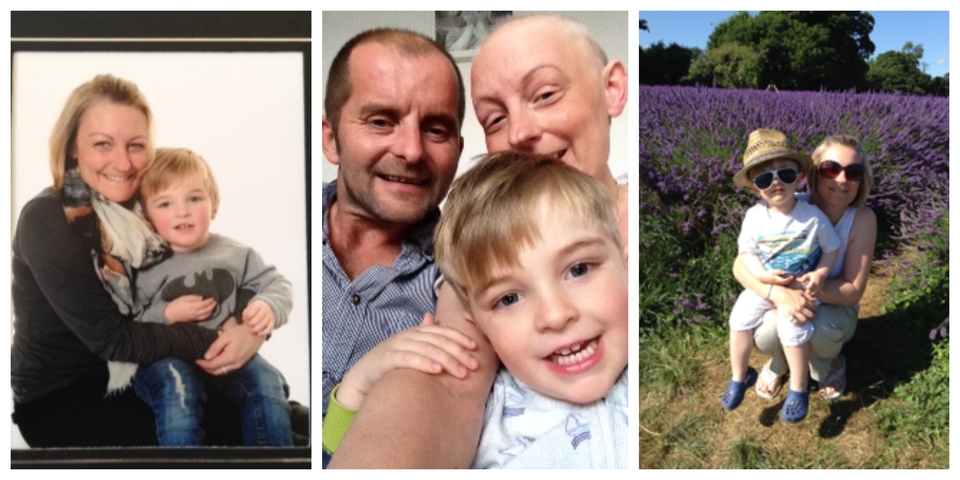 This week, we would like to help Jo, a mum from Banstead who has breast cancer.

Almost 4 years ago, while Jo was pregnant with her first child, she found a lump and was diagnosed with breast cancer. She gave birth to a little boy called Samuel and was allowed a month to breastfeed and then started her treatment.

The friend who nominated Jo said she powered through the chemo, put up with the side effects and even managed to stay positive throughout – all while caring for her newborn baby. Jo also carried on working as much as she could. She changed her diet, her whole outlook on life and fought the cancer as hard as she could. By the time Samuel turned 3, Jo was given the all clear, but stayed on some preventative post-cancer drugs and continued to have regular mammograms.

One year later, Jo and her partner Stu were thinking about trying for a second baby using eggs that she has frozen before chemo. She came off her drugs to undergo some tests, and it was during those health checks that doctors discovered that she had secondary cancer in her liver than had previously gone undiagnosed. It had been held at bay by the drugs she was on, but as soon as she came off them it continued to grow. She been told this cancer can be managed and treated but not cured.

So Jo is undergoing chemo again, and is getting on with life in the best way she can. She is determined to prove the prognosis wrong and to stay here for as long as she can. But she is also trying to think of ways to help her partner if the worst should happen, and making plans to help her son grow up without a mum.

There is one thing that she has been hoping to do – build a summer house / shed in their garden. She sees it as somewhere Stu can retreat to when he needs some time and space. And somewhere Sam can have some time alone or hang out with his friends as he grows up. It would also serve a practical purpose - Jo is a beauty therapist and, although she isn’t able to work much at the moment, a summer house would give her somewhere to see clients when she is well enough to.

It has been a dream of Jo’s for some time, but financially it was just too much for them to manage with everything that’s going on.

With your help, we would love to make it happen.