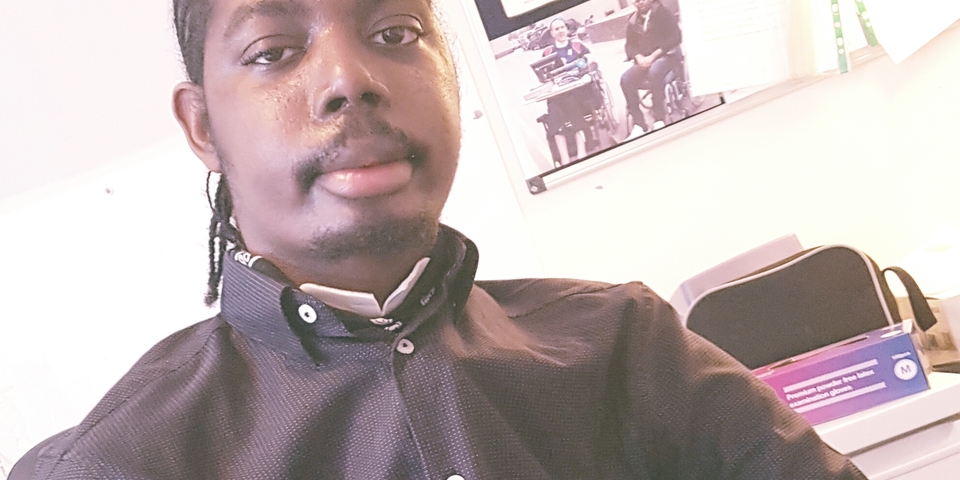 Junior is a 25 year old man, who fell seriously ill after being assaulted while he was trying to defend a younger boy several years ago.

The attack left Junior hospitalised - he stopped breathing, had to be resuscitated, and was in a coma. He started to lose sensation, which lead to muscle weakness and a series of other medical problems. He had intensive treatment for 9 months, and then spent months in rehab. After that, Junior was moved into a care home, where he spent the next 4 years. He is ventilated, non-verbal and requires the help of 2 carers at all times.

Junior was nominated by a member of his healthcare team, who said his dearest wish was to live in his own flat independently. She said for such a young man, living in a care home was challenging, however, the practicalities of setting him up on his own were not straightforward.

But Junior has done it. He had over a year of meetings and negotiations with his case manager, various therapists, his GP and housing to see if the move was achievable - and though sheer determination, he made it happen. 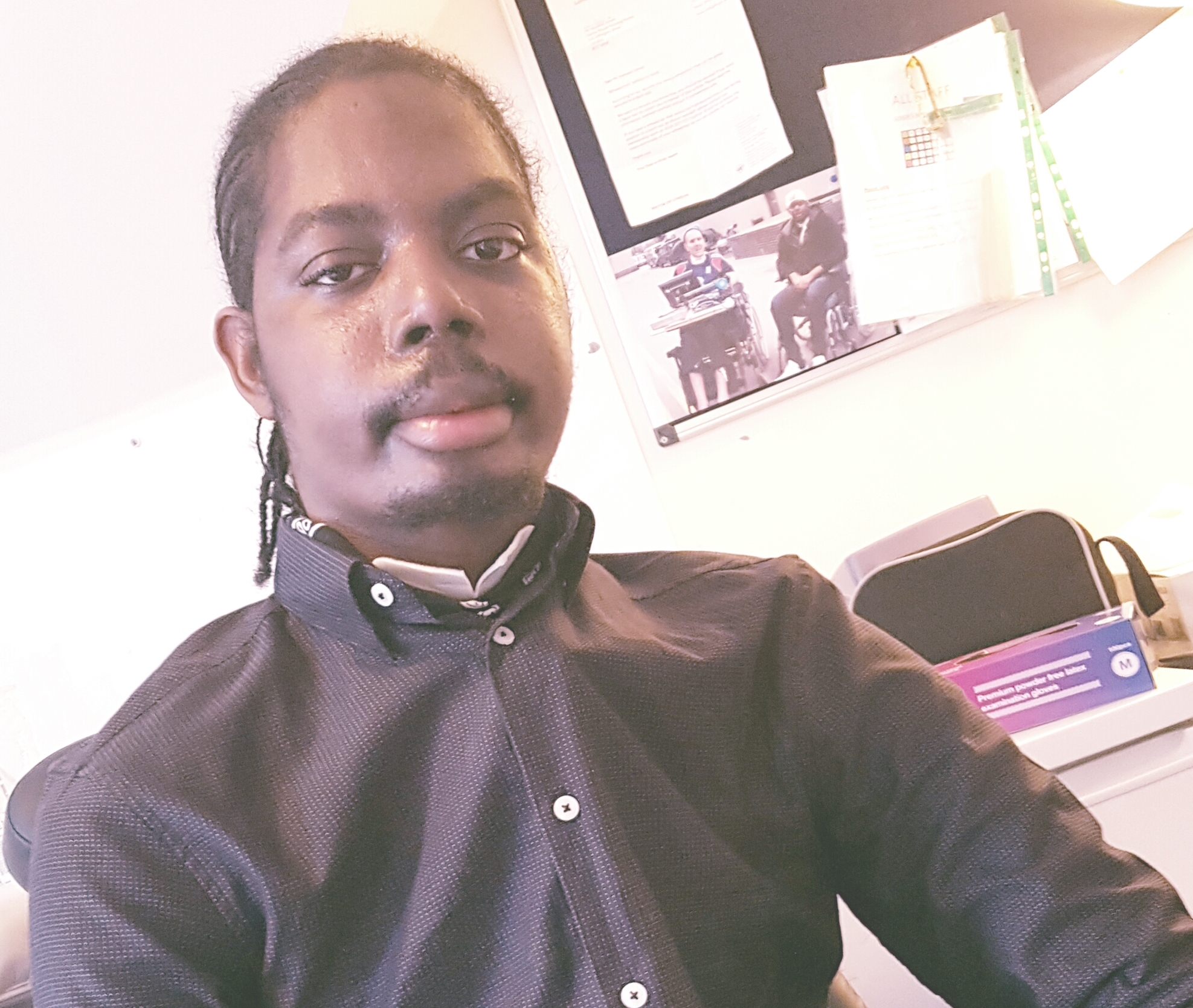 “I absolutely hate being felt sorry for because this is reality. I have really had a tough time of getting my feelings out but I have taken it in my own hands to not let anyone tell me what I can or can’t do. I explain to people that just because my life has changed, they need to remember that I had a life before this incident and I will continue to live my life, regardless. I can’t let this put me down and get to me.” ~ Junior

Junior is now in his own flat, supported by carers, and receives disability benefits to help cover his living costs. It’s a dream come true for him.

But his flat only has very basic furnishings, and after paying his bills and living expenses, he can’t afford to buy anything else. Junior has been through so much and overcome so much, and we would love to do something kind for him.

With your help, we would like to turn his flat into a home.

Every single item on Junior's Amazon list was bought! single item!! So he has now received over £1000 in Amazon gifts and also gift cards which he will be able to use to buy some of the other things he needs.

Junior was overwhelmed by all the support he received and, although we gave him things, it was your kindness that has meant the most - he asked me to pass on this message...

"I would like to thank everyone for the support and lovely motivational messages that were sent with the gifts and vouchers. It really does make a difference and inspires me to definitely never give up and to achieve more" ~ Junior

Thank you so much to Philippa for nominating Junior and to every single one of you who helped Junior in some way. He has been through a lot in the past 6 years and you helped us to give him some much-need love and support. 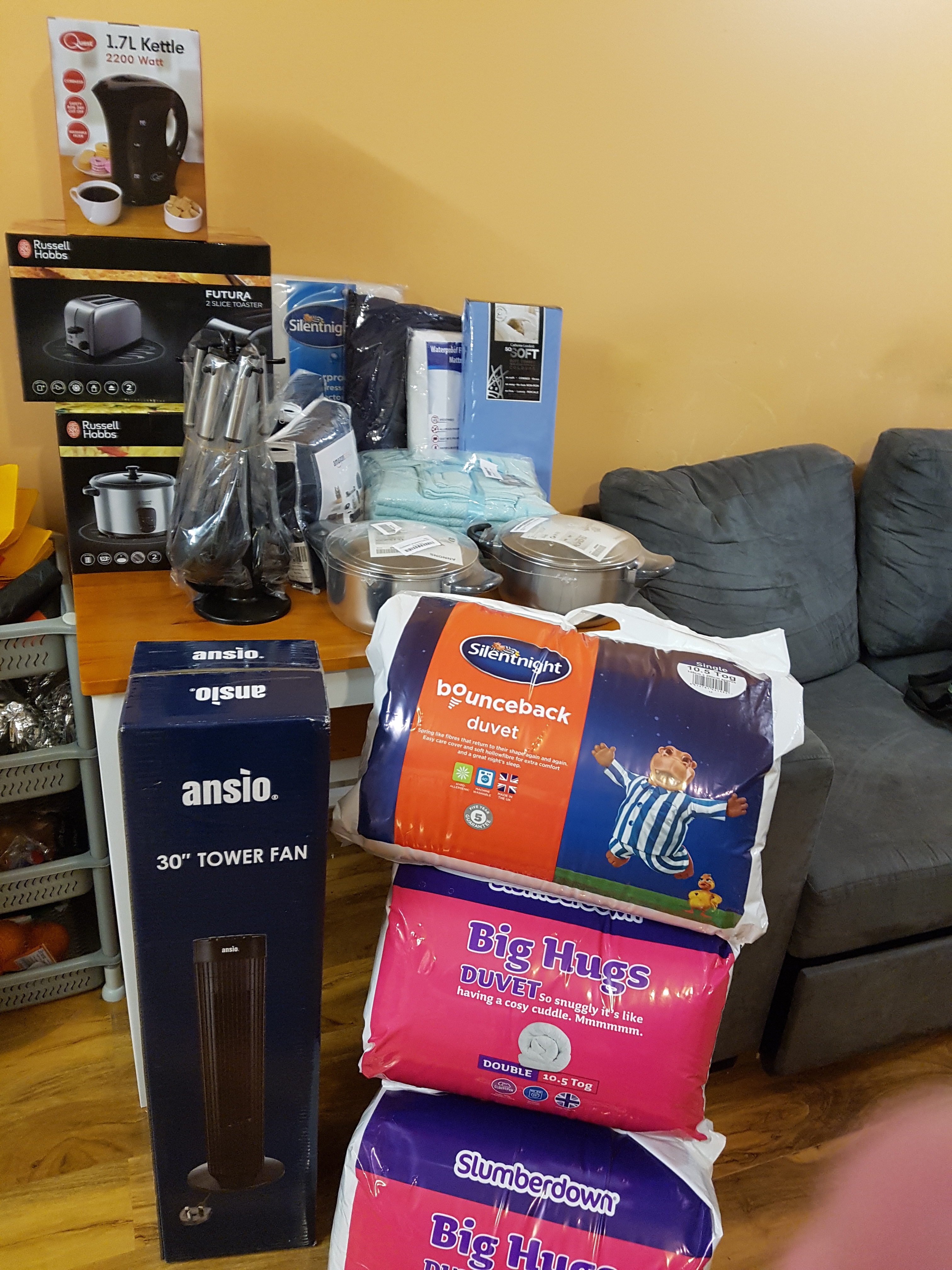