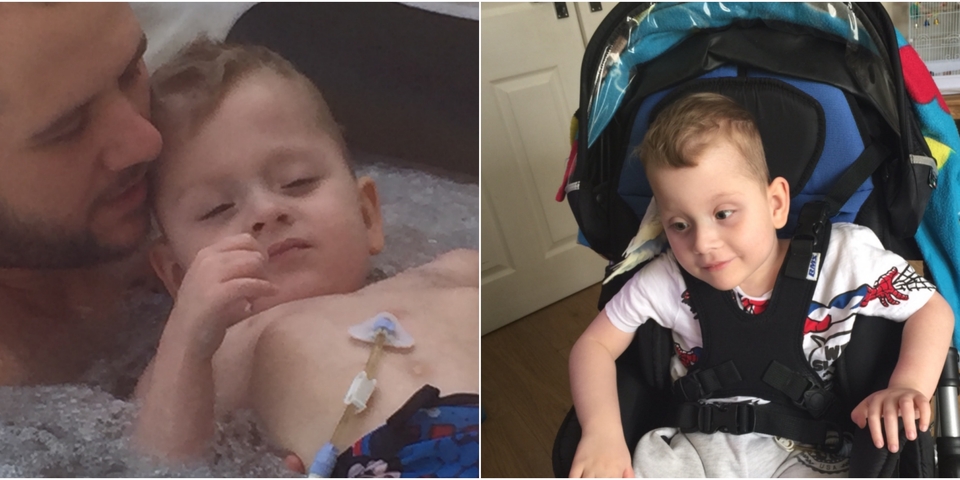 Request: Gifts from Amazon for his therapy / Messages

This week, 52 Lives would like to help a 4 year old boy from Durham, who has undergone a staggering 26 operations in his short life.

Riley has spina bifida and hydrocephalus (fluid on the brain). He also suffered from a brain tumour last year, which caused fluid in his spine to build up. It has left him unable to talk, eat or control his bowel or bladder, meaning he has to be catheterised every few hours. His mum, Lesleyann, is his full-time carer. Riley’s daily life is incredibly difficult, painful and packed full of hospital and therapy appointments. A lot of the things he has to deal with, such as sleeping with a special mask, he finds very scary. It’s hard for a child so young to understand why all of this is happening to him. 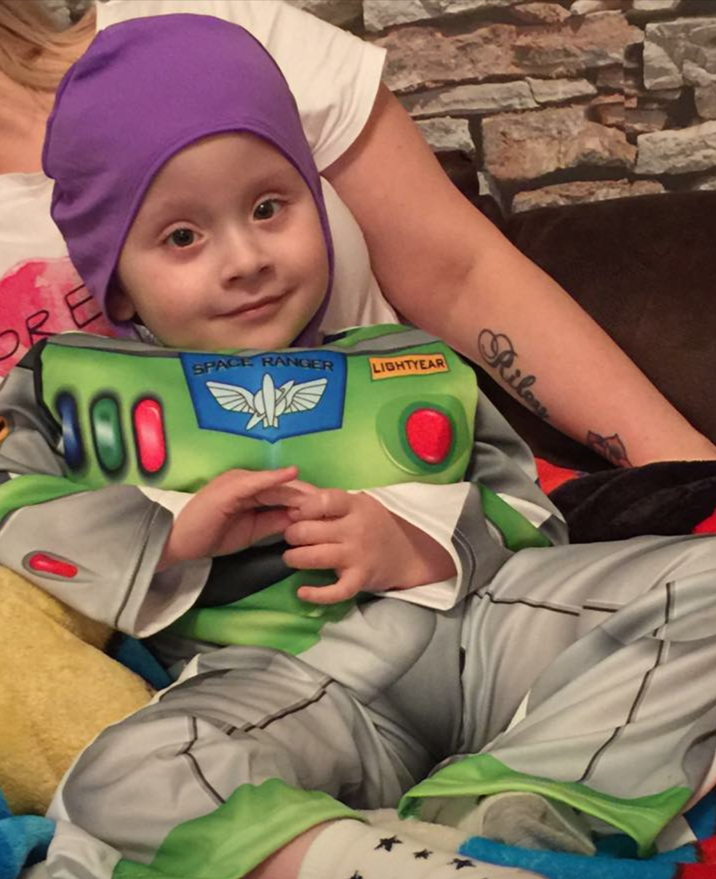 Riley’s hip recently slipped out of its socket, causing him a lot of pain. So he is due to have another operation very soon. After the surgery he will be in a full cast for 6 weeks.

This little boy has had a lot to deal with in his life. He's been through more in his 4 years than most of us will in a lifetime. We would love to do something to make his life better.

Riley loves being in the water. Both his mum and his sensory support worker said he becomes like a different child - his whole body comes alive, he's happy and he interacts so much more. It helps his sore muscles and enables him to move more freely, helping with his physiotherapy. Unfortunately he doesn't get to do it very often - but with your help, we want to change that.

In just a few days, we had so much help for Riley...

More than £860 in gift cards have been donated (which would have been more than double what we need for the spa!) and the floor protector has also been bought.

A spa! We had a lovely surprise...a kind woman called Hannah Matthews offered to buy the spa for Riley! So this means his parents will now be able to use the vouchers for other things Riley needs.

Thank you so much to everyone who has sent messages, bought gift cards, or helped us to spread the word. And a big thank you to Hannah Matthews, Claire Kelly and everyone else who has helped this week.

The spa and gifts will make such a big difference to Riley's life, but your kindness will mean even more to the family. Knowing there are so many good people in the world willing to help can  have such a big impact on someone’s life. 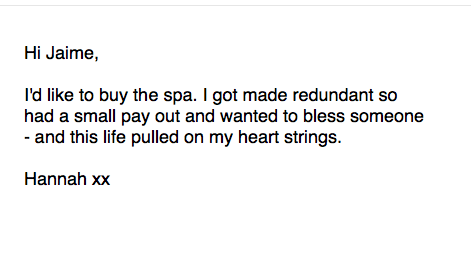 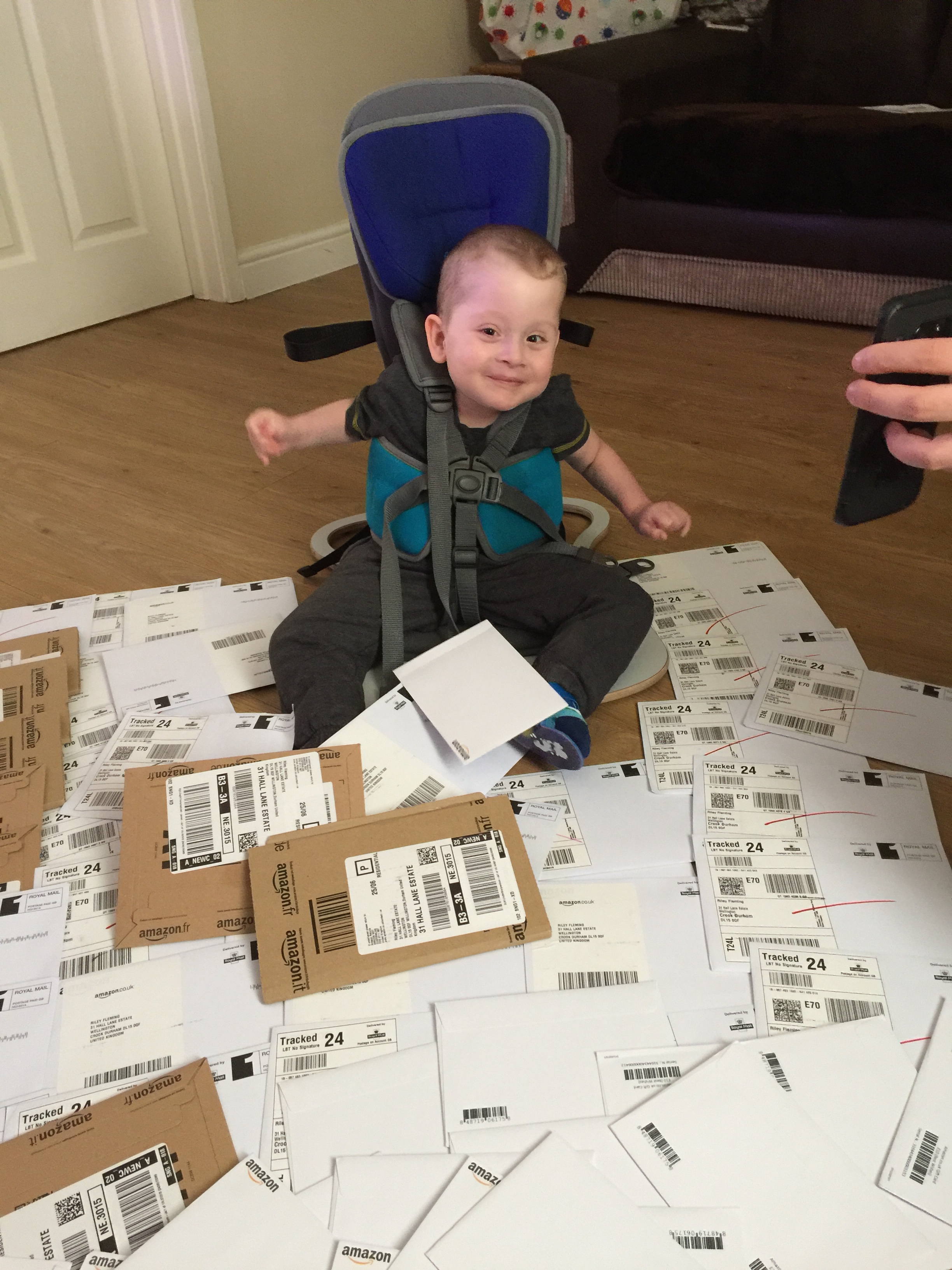