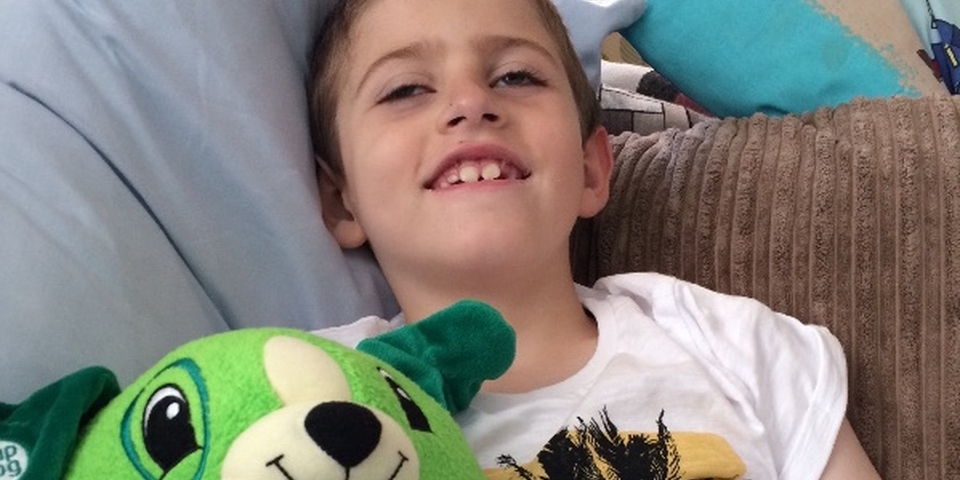 Request: Donations for a hoist

Harry is 7 years old. He was born a health baby boy, and went on to meet all his milestones. But when Harry reached 3 and started nursery, his parents noticed he was becoming clumsy and forgetful. He was tripping a lot, forgetting skills that he has already learnt and then started to lose his eyesight. Test after test revealed nothing.

When Harry was 5, his parents were asked to go to Great Ormond Street Hospital for an urgent appointment. They were told not to bring their children with them.

“We entered the room with pounding hearts knowing that they had found something. That day, we came out of that hospital and life as we knew it changed forever,” said Harry's mum, Laura.

They were told that Harry had Batten disease. 52 Lives supporters have helped children with Batten disease in the past and made a huge difference to their lives. So as you may know, the disease is degenerative, meaning that over time children with the disease lose the ability to walk, talk, see, eat and they become bed ridden. There is no treatment and there is no cure.

Harry has a late infantile variant of the disease and children usually lose their life to this before the age of twelve. It’s heartbreaking.

Harry is now immobile and unable to support himself. He can no longer talk and has recently had his feeding tube fitted. His parents have had their house adapted so Harry has a downstairs bedroom and bathroom, which they are very grateful for as it helps them to keep him as comfortable as possible. In this room, they were fitted with a ceiling track hoist between bed and bath which makes a big difference with transferring Harry.

But they have encountered a problem which is having a major impact on Harry’s day to day life. Because they have a ceiling track hoist, they aren’t eligible to be given a portable hoist. This means Harry is now missing out on being able to lay on the floor or settee, or be transferred to different pieces of equipment anywhere else other than in his bedroom. Harry also used to spend lots of time on the floor playing games with his big brother Joshua and they have a very close relationship, but it’s become too difficult to move him.

The hoist would make a big difference to Harry’s life. It will enable him to visit family and friends more easily, go into the garden, and also on trips. Harry is becoming more fragile, A hoist will make lifting him more comfortable for him and minimise the amount of pain he experience when he’s moved.

Apart from the huge benefits to Harry, a hoist would also help to ease his parents serious back issues that have developed form constant lifting.

Their occupational therapist had recommended a very specific, and expensive, type of hoist due to the limited space in their home. And we want to help them buy it.

We raised over £2000 to buy a portable hoist to help Harry move around. We went to meet Harry and his mum Laura to find out what difference it has made to their life...

Since our visit, Laura has started her own amazing initiative called Sponsor a Sibling, where she helps to buy gifts for siblings of poorly children each week. Kindness breeds kindness!