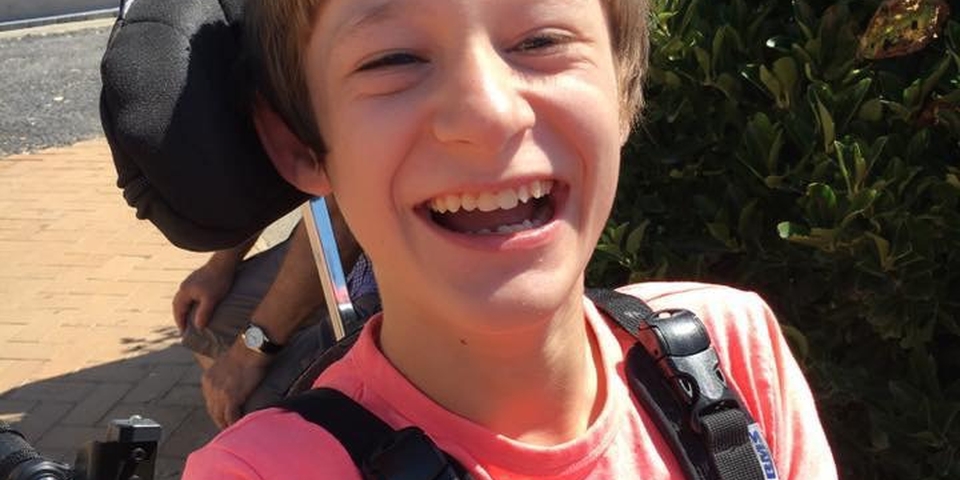 Today, we want to help a single mum give her teenage son a Christmas gift that will change his life.

Spencer is 14 years old. He and his brother Fletcher live in Berkshire with their mum, Holly, who is a single parent.

Spencer was born 6 weeks early and spent the first 10 weeks of his life in the special care baby unit. He had the umbilical cord wrapped around his neck 4 times which caused a lack of oxygen to his brain. He also had a bleed on his brain which resulted in bilateral quadriplegic cerebral palsy. He is unable to sit, or stand unaided and is solely reliant on other people for all of his needs.

Despite all of the struggle he faces, Spencer is an amazing boy…happy and full of smiles. But Spencer is not a child anymore. And like any teenager, he is craving a little bit of independence. Spencer isn’t able to do all of the things that most teenagers do, but there is one thing that he would love to be able to do - and that’s to feed himself.

At the special school Spencer attends, he uses a machine called a Neater Eater to feed himself. But at home, he is reliant on his mum to feed him all of his meals. Holly has been fundraising so hard to try to buy the machine for him. It would enable him to feed himself at home but it is also compact enough to take out to restaurant or other people’s houses, which would open up a whole new world to Spencer. Holly has raised over £2000 on her own, but still needs another £1900 to be able to afford the Neater Eater.

This Christmas we are thrilled to be able to make Spencer’s dream come true. We will be donating the rest of the funds Holly needs to be able buy Spencer the Neater Eater.

“Thank you so much to 52 Lives and Gala Bingo, and to all the people that have donated towards Spencer’s Neater Eater. We couldn’t ask for a better Christmas present. Spencer is such a happy young man who never complains and really deserves a bit of independence. He is absolutely thrilled. Merry Christmas to you all and a very happy and healthy New Year.”