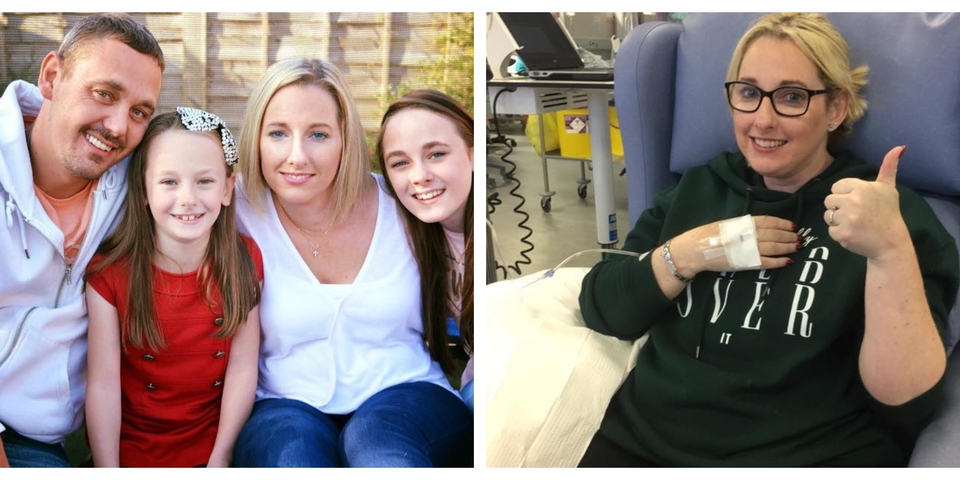 As part of our 12 Days of Christmas campaign, today we would like to spread some kindness to a family from Yorkshire going through a very tough time this Christmas.

35 year old Stacie is a mum of 2 young girls, aged 8 and 14. When Stacie was a teenager, she suffered with headaches but was always told it was just stress. But three years ago, Stacie had a seizure which caused loss of feeling in her left side. Tests revealed Stacie had what they thought was a low grade or benign brain tumour and she underwent an operation to remove as much of it as they could. It was then that Stacie was given the devastating news that it was actually a stage 3 cancerous tumour. She had 33 sessions of radiotherapy and 44 days of oral chemotherapy. Her tumor remained stable and she was told she probably had around 5-7 years to live.

But in January this year, Stacie received more bad news. Her latest scan had shown grown and in the months that followed, a second tumour appeared. Stacie has been given just months to live.

Stacie’s husband, Kenny, works as a scaffolder, and Stacie obviously isn’t able to work at the moment She is struggling with memory loss, numbness down her left side, headaches that make her violently ill, fatigue, lack of balance, and she in now in a wheelchair.

This couple were nominated by a dear family friend who said she knows that Stacie and Kenny would love to give the girls the gifts they want this year, but they are putting every spare penny into trying to fund additional experimental treatments for Stacie.

These young girls are faced with the heartbreaking prospect of losing their mum. No gift will ever change that, but we hope that we might just bring a smile to their faces at what must be such a difficult time for them all.

52 Lives and GalaBingo.com will be sending Stacie and Kenny some special gifts that the girl’s have on their Christmas list, including a laptop and some other bits and pieces, so they can give the girls every gift they have asked for this year. We hope they are able to have a very special Chistmas together this year.