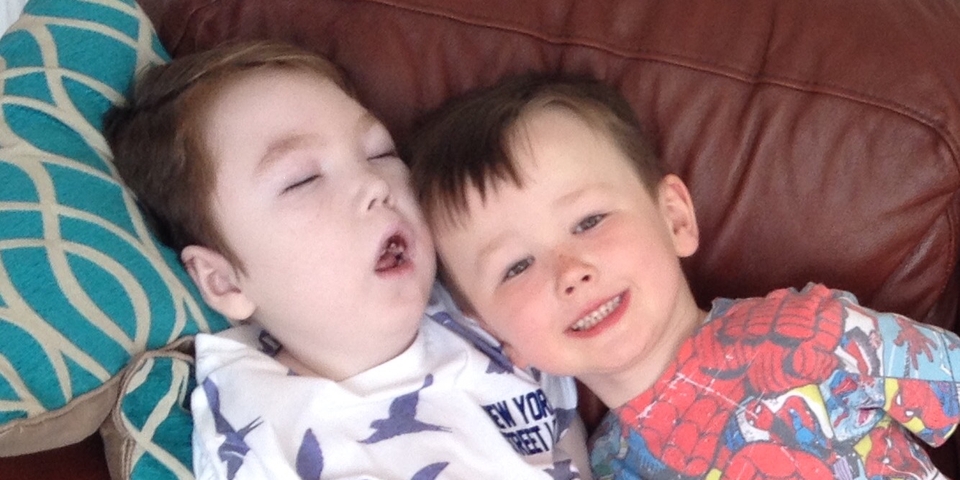 This month, Gala Bingo is helping a family from Merseyside that are going through a very difficult time.

Sharon and Kyle recently lost their son, Ryan. He was just 6 years old.

When Ryan was born, Sharon thought she was blessed with the quietest baby in the hospital. But she soon realised the terrifying reason for that. Ryan was diagnosed with Ohtahata Syndrome, a neurological disorder characterised by seizures.

They were told he wouldn't see his first birthday. In the first few years, his illness was less noticeable, as he didn't need a lot of medical equipment and the differences weren't as obvious. But Sharon still found it hard to do all the typical ‘mum’ things, like go to parents and baby groups. She said it was tough to see children younger than Ryan more developed than him and didn't like having him compared.

As Ryan grew older, the severity of his condition became more obvious. He needed more medical equipment, had more seizures and needed a lot more medicine which made him sleepy.

Ryan had to be admitted to hospital for 9 months, and it was during that time that doctors indicated there was no more they could do for him. So Sharon and Kyle had to make the worst decision a parent can have to make. They decided that he should not be resuscitated, and so he was transferred to a hospice called Claire House for end of life care. It was a bittersweet time for them - they were losing their little boy but made some very special memories with him…a birthday party, special photos, Ryan's first proper bath in 9 months, a family swim, making charms with Ryan’s fingerprints, and spending precious time together as a family.

Ryan passed away on 21st May 2015, with Sharon and Kyle cuddling him, nestled in his dad’s arms.

Sharon, Kyle and Ryan’s 3 brothers and sisters have been left shattered. They are trying to deal with their loss, but to make life even more difficult Sharon and Kyle are now also struggling financially. Their income has reduced significantly, and the support they received for a mobility car has obviously also stopped so they are facing additional expenses they never had previously. They have no extra money to do nice things with the children, and occasionally have to rely on food banks.

We think this family is in need of some kindness, so with the support of Gala Bingo players, we will be paying the Pascoe’s food bill for a month, and helping Sharon and Kyle buy some special surprises for the children. If anyone would like to follow their story or help further, please visit: http://www.gofundme.com/Ryans_memorial

“This will be a massive help to us. Thankyou so much to everyone at Gala Bingo.”