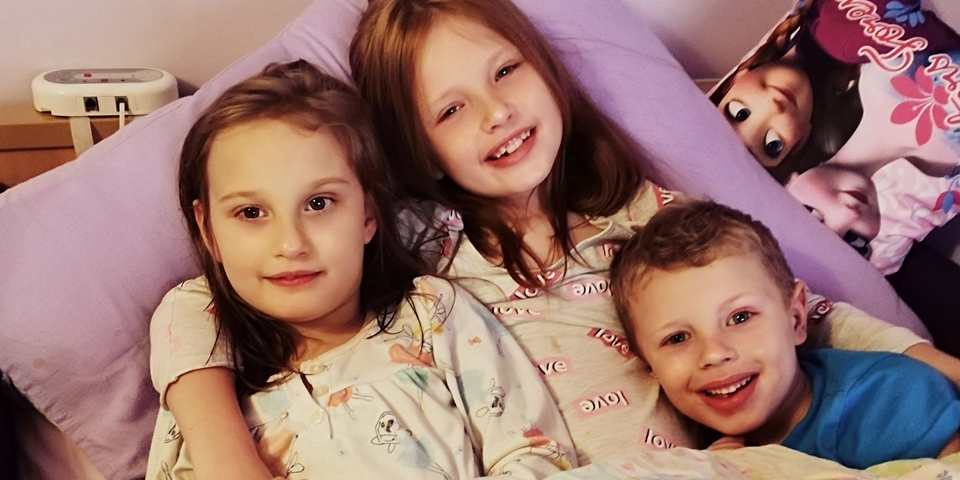 Request: Help for Ruby and George

Today, we are doing something special for 8 year old Ruby and 5 year old George from Surrey. Ruby and George have a 7 year old sister called Lily. Lily has Epilepsy and Retts syndrome, a life limiting condition which results in severe mental and physical disability.
Lily used to spend some time in a hospice, but now is cared for full time at home. Her parents have converted the living room into a bedroom for her. Lily’s parents devote a great deal of their time and money to making sure Lily has everything she needs – which means Ruby and George often sacrifice their own needs. Their mum, Kerry, said they are wonderful siblings, and would do anything for their sister…. their plans often have to get cancelled, they have very little room in the house, and the bare minimum in their bedrooms – but Ruby and George never complain and have nothing but love for Lily.
“I know they get disappointed but they never show any resentment. We just created a new bedroom for Lily and I would love to be able to do that for Ruby and George as well, so they know that they’re important too” she said.
This Christmas, we are going to make that wish come true:
We’re giving Ruby and George a bedroom makeover, and also sending them on a little shopping spree to buy some new clothes and toys for themselves. We will also be surprising their mum and dad with vouchers so they can have an evening out together.