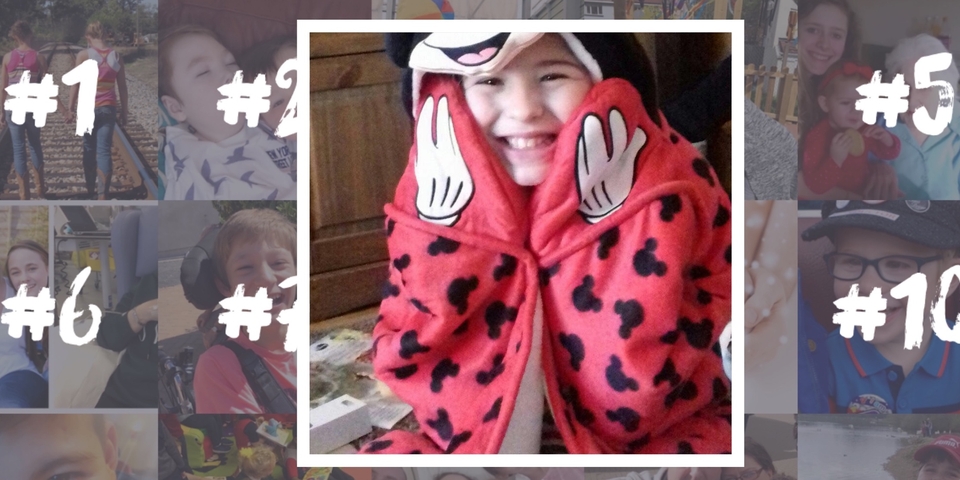 Request: Help with flights and accommodation

This week, with the help of Gala Bingo, we are doing something kind for a 13 year old girl called Amber.

This isn’t a request for help – we will be using funds raised by Gala Bingo to fund what Amber needs (although if you would like to follow Amber’s story, help, or send them a message, please click the link below and find out how).

When Amber was 6 years old, she was suffering with headaches. Her parents took her back and forward to the GP and the hospital, but it was thought she just had migraines. Shortly after, she was feeling severely sick and dizzy. Amber was sent for an immediate MRI and within an hour her parents were told she had a lesion the size of a small orange in her brain. She was put in an ambulance and rushed to another hospital where she had emergency brain surgery.

Amber’s brain tumour was an incredibly rare one – she was the first child in the UK to have it. She received 30 doses of radiotherapy as well as chemotherapy. Her parents said she handled it all so well - she had no serious side effects and didn’t even miss school.

“She blew us all away with her courage, strength and bravery,” her dad said.

Since then, Amber has continued to have scans every 3 months, and has also had to undergo more brain surgery. Things were looking good, and they were hopeful that the treatment had worked. But just before Christmas in 2016, one of the scans revealed the heartbreaking news that her tumour was back. Amber had yet another operation, received another 30 doses of radiotherapy and more chemo.

Life began to get back to normal again. But a couple of months ago, a scan showed it had come back again. This amazingly brave 13 year old girl had her 4th brain operation last month.

Her parents have taken the decision to take Amber to Germany for some alternative treatments. They have worked so hard and managed to fundraise the amount they need to pay for the first course of treatment. But there are so many additional costs involved – most substantially, flights and accommodation.

Amber’s mum has had to reduce her hours from full-time to part-time to help care for Amber. Her dad is a self-employed tradesman, who has been doing the best he can to work while also helping to look after Amber and their older son.

This is a family very much deserving of some kindness. And thanks to funds raised by Gala Bingo, we will donating £2,000 for flights and accommodation for the family. We wish Amber and her family safe travels and the best of luck. xx

To read Amber's full story, you can visit the family's fundraising page: https://www.justgiving.com/crowdfunding/amberprice